An additional staff member at Metro Parkway Mall has tested positive for COVID-19, marking the store’s fifth reported case since May 8.

The employee last worked on May 13, according to the grocer’s records.

Prior to this diagnosis, the virus had been confirmed in four staff at Metro Parkway Mall, located at 15 Ellesmere Road in Scarborough, who last worked on May 6, May 7, and May 8, and May 13.

An additional case has been reported at Food Basics, a Metro company grocer, at 2900 Ellesmere Road. 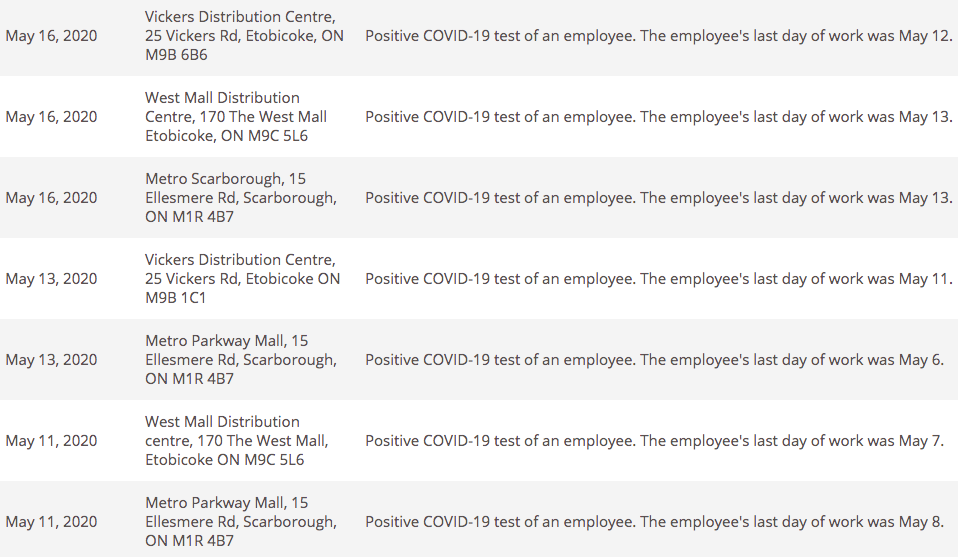