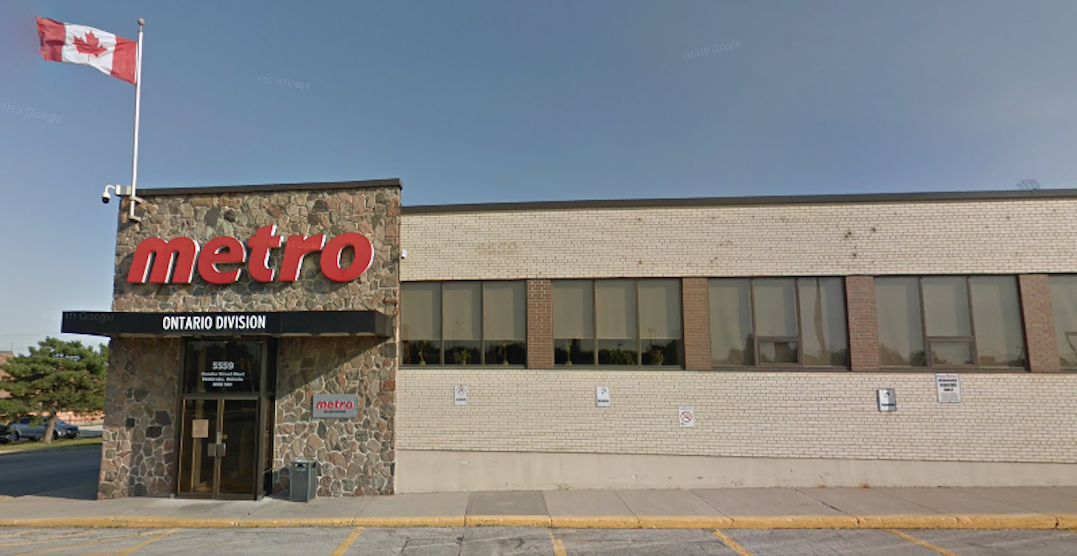 Metro has disclosed that an employee of the grocer’s Cold Chain Produce Distribution Centre, located at 5559 Dundas Street West in Etobicoke, has been diagnosed with COVID-19.

This is the first recorded case confirmed at the Cold Chain Produce Distribution Centre. The staff member reportedly last worked on June 2.

Earlier this week, Metro disclosed that a seventh employee of the grocer’s Vickers Distribution Centre has been diagnosed with the illness. Last week, an update to the disclosure list showed a confirmed case at the Metro located at College and Shaw, as well.

Prior to these new updates, Metro has disclosed cases at: Parkway Mall; The West Mall distribution Centre; the West Queen West Metro; the Metro located at Bloor and Spadina; in Mississauga, at 1240 Eglinton Avenue West; and in Oakville, at 1011 Upper Middle Road East.