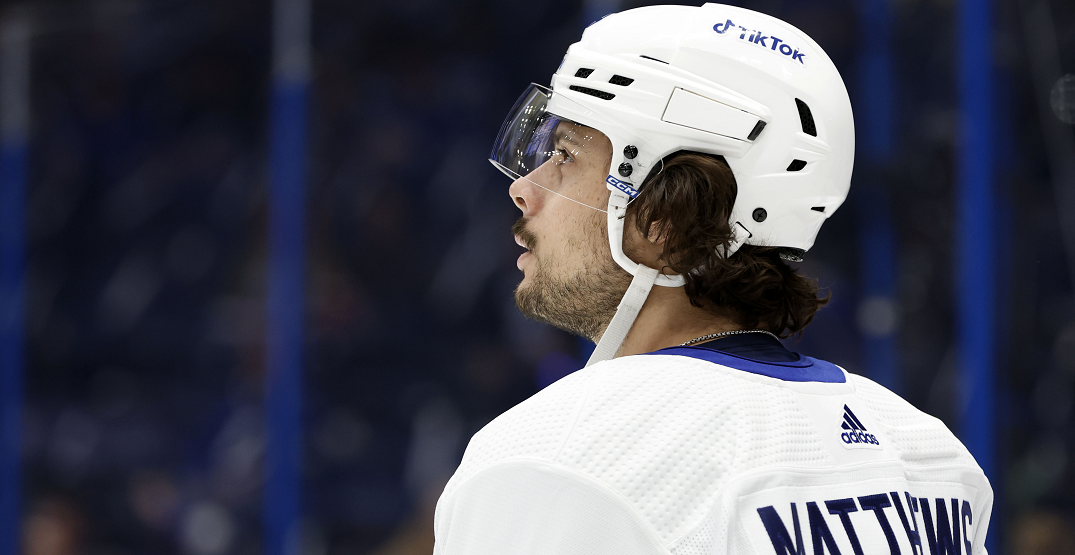 Toronto Maple Leafs forward Auston Matthews is no stranger to a Game 7 matchup.

Now in his sixth season in the league, Matthews will be playing in his fourth career seventh game of a playoff series, while also playing in a do-or-die Game 5 back in 2020 against Columbus.

But unless you’ve somehow completely missed it, those elimination games haven’t exactly gone the Leafs’ way. They haven’t won a playoff series since 2004, and are now 0-9 in games since they’ve had a chance to do so, including four Game 7 losses.

Following the Leafs’ 4-3 overtime loss in Game 6 in their first round matchup against the Tampa Bay Lightning, Matthews spoke to reporters about his expectations for Saturday’s Game 7.

And uh, he might’ve been pretty straightforward in offering up a sacrifice in exchange for the win.

“What’s in the past is in the past, man,” Matthews told reporters. “I mean, we can’t change anything. It’s about this next game and going out there with the purpose and details and just competing for 60 minutes or whatever it takes. And, you know, we just got to put our balls on the line and go for it.”

Auston Matthews is willing to offer up, well, a lot for the #Leafs Game 7:
“What’s in the past is in the past… we’ve just got to put our balls on the line and go for it.” pic.twitter.com/a9FPyu55Gs

Matthews found out earlier on Thursday that he’ll be one of the league’s three nominees for Hart Trophy as league MVP, but that’ll likely mean little to him if he’s sent packing early for a sixth consecutive postseason.

Game 7 of the Leafs-Lightning series will be on Saturday at 7 pm ET, at Scotiabank Arena.

“I anticipate the building’s going to be rocking,” Matthews added. “It’s gonna be a pretty exciting atmosphere and just something that we’ve got to embrace… we should be excited about that opportunity. We’ve got to be ready to go out there and take it.”