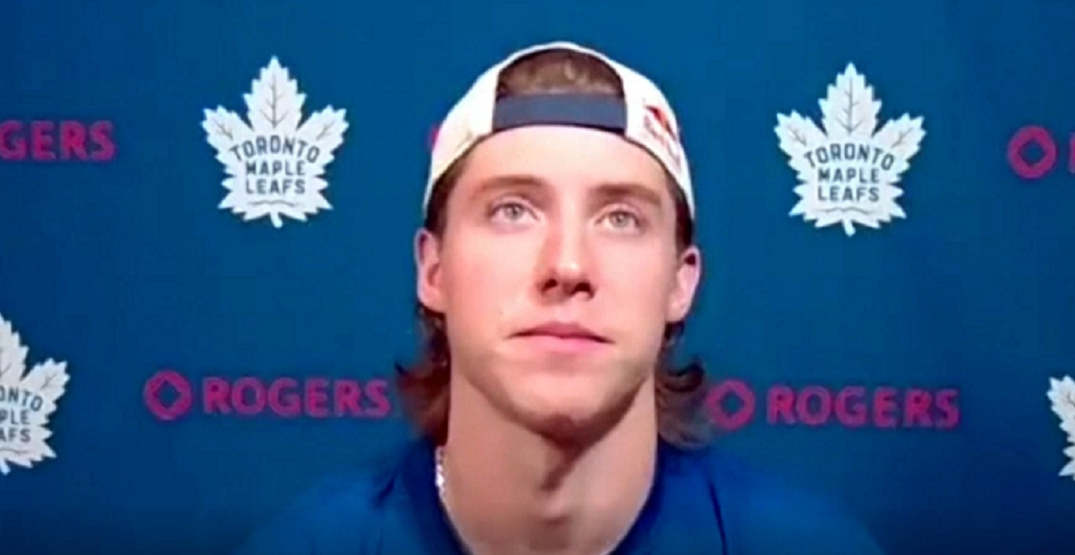 But he hasn’t seen any of it, he says, having deleted all social media off his phone prior to the playoffs.

“Social media is a great thing, but also as I’ve spoken on before, it’s something that can be terrible as well,” Marner said Wednesday during his end-of-season media availability.

Marner was criticized by much of the Leafs online fanbase after putting up four assists in seven games, and failing to score a playoff goal for the second consecutive postseason.

“I got off that early,” Marner said. “I haven’t looked at anything. I’ve just been hanging with my teammates and reflecting.”

A quick search of his name on any given social media app will bring up a flurry of posts criticizing the 24-year-old winger.

Marner finished the season leading the Leafs in scoring for the third time in his career, and finished fourth in the league in scoring.

But a fifth consecutive first-round exit—especially one where Toronto led 3-1 in the series against the rival Montreal Canadiens—will be what most people remember from this Leafs season.

“Obviously it sucks, we didn’t get it done,” Marner added. “We needed to score goals and we didn’t do that. I thought our line did a lot of great things in every hockey game and we had a lot of great chances to produce goals and produce chances and didn’t go in the net. It sucks.”

“I’ve deleted all social so I haven’t seen anything said,” Marner added. “But my agent called me and told me about that and I don’t know who put that story out there but it’s, I mean just people trying to get their name out there and trying to make themselves, I guess, noticeable.”

Marner’s cap hit of $10.9 million is the league’s seventh highest, and third on the team behind John Tavares and Auston Matthews.

Marner also addressed various rumours floating around social media that he was unwilling to experiment with different power play setups or line combinations.

“It’s unfortunate, but that’s the world we live in nowadays and people on social media, trying to, you know, make, make someone else look bad,” Marner said. “I mean, I’d play any role on the power play. I wouldn’t pay play power play. I don’t care. Everyone wants to win here.”

Marner’s name has come up in every possible trade proposal from the fanbase, but no concrete rumours have surfaced that the team is willing to move on from one of their marquee players.

“We’re all very disappointed,” Marner said. “We had such high confidence that we were a team that were meant to do a lot more and that’s all I really can say it’s just, no one’s feeling good about this. Tough one. We all wanted a better result. Obviously, what we did, and we didn’t accomplish… it’s a really shitty feeling.”

For Marner himself, he said he’s focused on off-ice growth in another offseason ending early than planned.

“It’s time to get back to work,” he said. “[Time to] get my body ready and try and be a better person, or a better player than I was this year and make sure I come ready to do that.”