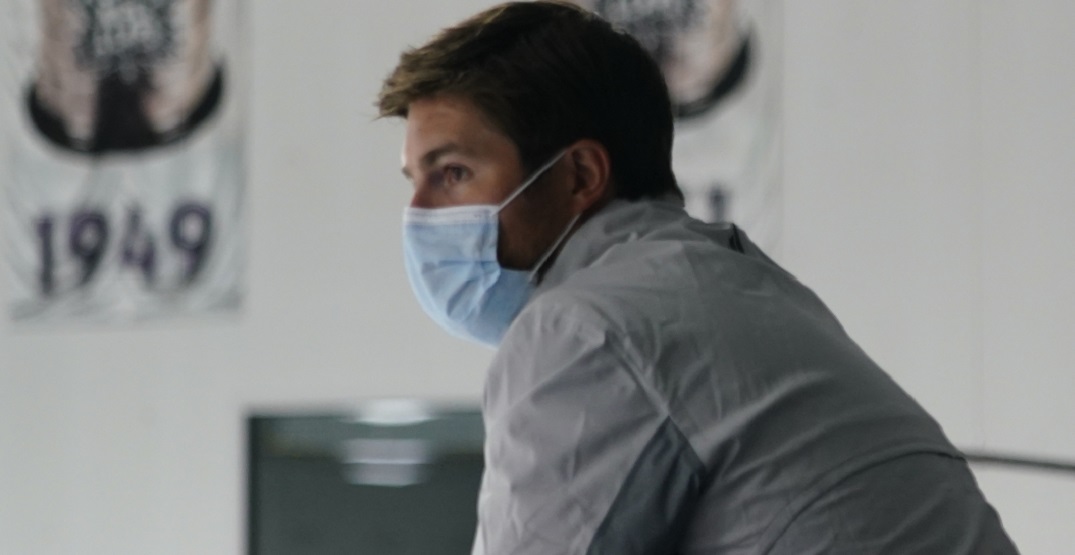 Toronto Maple Leafs general manager Kyle Dubas has been criticized for being too young, too new-school, bad at RFA contract negotiations, or being too loyal to people and staff he likes.

But on the whole, Dubas built a pretty good hockey team in the process, and has never been one to sit on his hands.

A major roster shakeup is coming soon after another playoff exit, the Leafs fanbase says.

But they also say that after an early season loss to Ottawa, or after a failed power play chance against Vancouver.

For every problem the Leafs have had, Dubas has appeared to have an answer in his tenure as GM since 2018.

Acquisitions of TJ Brodie and Jake Muzzin helped bring a defensive stability to a run-and-gun roster. Last season’s add in Jack Campbell put up a .921 save percentage in the regular season in 22 games and a .934 in his first ever playoff series. The Leafs had eight players 30 or older suit up for them in the playoffs.

The list goes on and on of things that Dubas could be praised for. He still can’t be praised for winning a playoff series, though, and that has to be driving him mad.

If you look at the numbers, you can run over them 100 times and it still does not make much sense how the Leafs managed to lose this year’s first round series against the Montreal Canadiens.

All situations via NaturalStatTrick.com

It is hard to think the Leafs were outplayed over the course of the seven games.

It is doubtful a general manager known for being as meticulous as Dubas feels they were, at least. Every stat from (and prior to) the series should’ve had the Leafs coming out on top.

But it will be that test of Dubas’ infamous loyalty — to both his staff and his players — that will define how the Leafs’ GM goes about his business in a franchise-defining offseason.

Does Dubas stick with Keefe?

Leafs head coach Sheldon Keefe and Dubas have been tied together since their days as a coach/GM tandem with the OHL’s Soo Greyhounds.

They won a Calder Cup together with the Toronto Marlies back in 2018, and Keefe was Dubas’ first and only real consideration to hire when letting go of Mike Babcock back in the fall of 2019.

It’s hard to really imagine Keefe gets the boot less than two calendar years in, but his seat has become remarkably warmer than it was even two weeks ago.

Keefe has won 62 of his first 103 NHL regular season games, which is about all you can ask.

He has won just five of his first 12 NHL playoff games, which people in Toronto will remember a lot more.

Over the Leafs’ final three losses in this series, a few glaring mistakes popped up: an inability to rely on William Nylander more, who was clearly the team’s best offensive threat against Montreal with five goals in the series.

“We put ourselves in a good spot to win the series, and didn’t get it done,” Keefe said.

The Leafs outscored Montreal 12-4 through four games and their lone loss came the same night as a catastrophic injury to John Tavares.

It’s easy to wonder if  Keefe himself could’ve put the Leafs in a better spot, though.

Of the five games that didn’t go to overtime, Nylander played more than 17 minutes just once.

Similarly, Keefe seemed unwary to break up the Auston Matthews-Mitch Marner duo even when the pair failed to produce much of anything at even strength or on the power play.

For a contending team known for a high-octane offence, that’s simply not good enough.

The Leafs already tried buying a big-name coach once in Mike Babcock, and it’s clear that didn’t quite work out for them. Replacing Keefe is only sensible for the Leafs if there’s a better option available, and it’s hard to say right now that there is.

Loyalty to keep certain players around?

If you look at the Leafs players currently making $5 million or more that are signed for next season: Matthews, Tavares, Nylander, Marner, Brodie, Muzzin, and Morgan Rielly, you have to wonder if Dubas feels compelled to move on from one of them.

Dubas has been part of the organization through at least one contract extension for each of those big-money players.

As individuals, they’ve all had pretty solid Leafs careers of varying lengths. As a whole, it simply hasn’t been good enough.

Various no-trade and no-movement clauses complicate Dubas’ options with the signed core players, but you couldn’t really blame anyone for wanting out of this organization.

While it’s hard to tell what big changes are coming, the only thing that’s really clear right now is we’ll learn a lot about Kyle Dubas’ allegiances in the coming months.