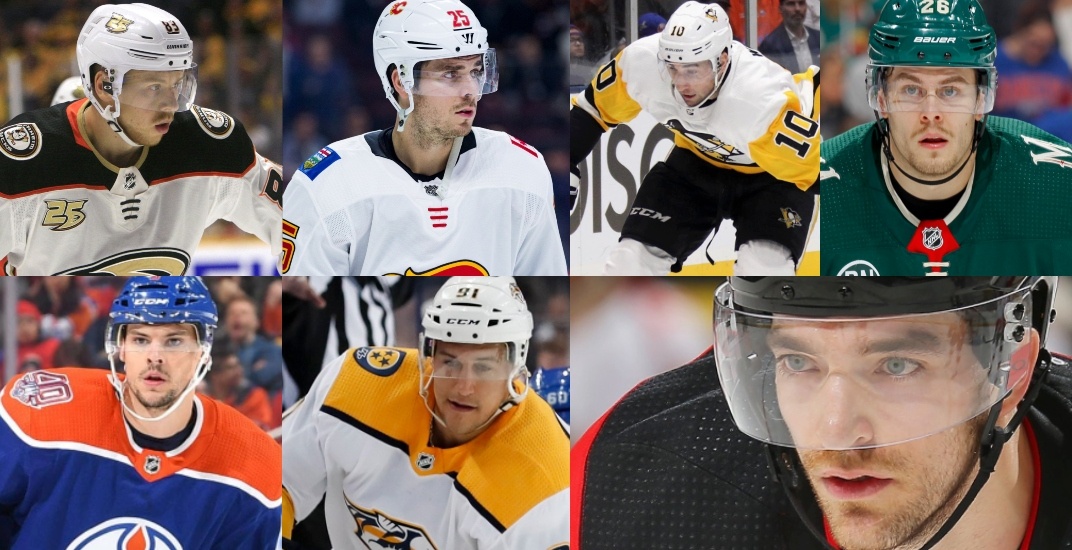 The Toronto Maple Leafs are all about unconventional moves these days.

A day after trading for the injured and expensive David Clarkson in a shrewd cap-savings move, the Leafs announced the signings of seven new players.

While none of the seven players are expected to be All-Stars anytime soon, it’s not every day an NHL team signs that many players at once.

All seven players saw time in the AHL last year, but they also each have NHL experience – bringing good depth to the organization.

Highlighting the group is Aberg, a 25-year-old Swedish left winger who scored 25 points in 59 NHL games split with Anaheim and Minnesota last season.

Agostino had a career year last season with the Montreal Canadiens and New Jersey Devils. The 27-year-old New Jersey native scored 25 points, playing the majority of last season in the NHL for the first time in his career.

Wilson played 50 games for the Pittsburgh Penguins last season, compiling eight points. It’s a homecoming for the 28-year-old, who is from Barrie.

The player with the most experience is Shore, who was an NHL regular for four straight seasons, appearing in 236 career games, before moving to the KHL last season.

All players were signed to one or two-year deals worth at or close to the NHL’s minimum salary of $700,000.

Here’s a breakdown of all the signings: