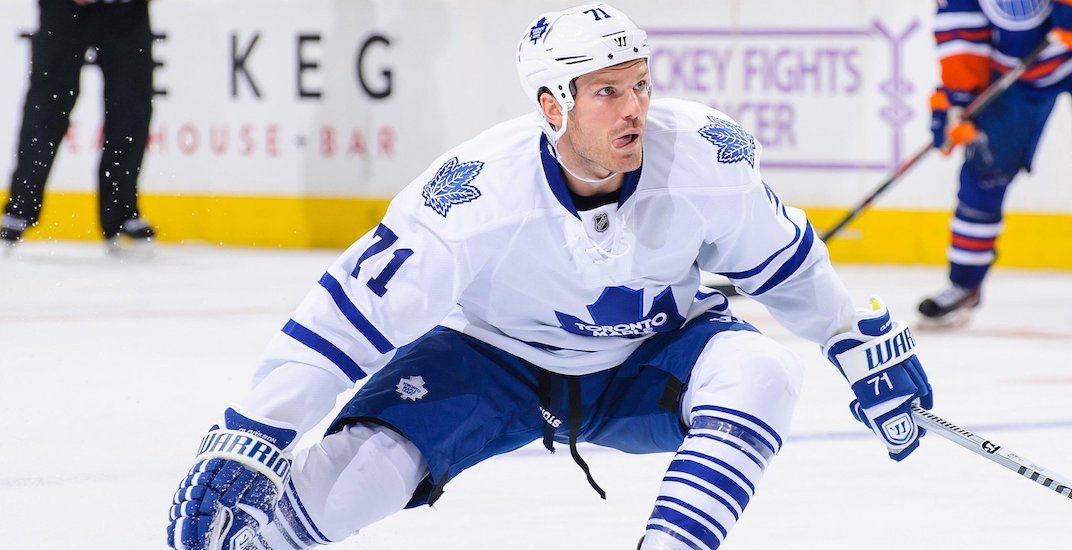 Bet you didn’t see this one coming.

The Toronto Maple Leafs have reacquired David Clarkson, a 35-year-old forward who hasn’t played hockey in over three years, in a trade with the Vegas Golden Knights.

The Leafs receive Clarkson and a fourth-round pick in exchange for goaltender Garret Sparks in the deal.

Clarkson, you might remember, was signed to a regrettable seven-year contract worth $36.75 million back then-Leafs GM Dave Nonis in 2013.

A one-time 30-goal scorer for the New Jersey Devils, Clarkson failed miserably in Toronto, scoring just 15 goals in two seasons before being traded to the Columbus Blue Jackets for Nathan Horton in 2015.

Clarkson played 23 games the following season in 2015-16 before having to quit hockey due to a career-ending injury. Horton suffered a similar fate, and hasn’t played a game since the 2013-14 season.

Toronto has both Horton and Clarkson on the books next season, whose salaries total $10.55 million. Neither one of them will play in the NHL ever again.

If you’re confused why the Leafs would make such a move, you’re not alone. They just gave up a first-round draft pick to shed Patrick Marleau’s salary, after all, and still have to sign Mitch Marner to a lucrative contract.

But there is method to GM Kyle Dubas’ madness.

The Leafs are aiming to get as close to the $81.5 million salary cap to start the season in order to take the most advantage from long-term injury reserve (LTIR), which is where Clarkson and Horton will find themselves next season.

If Marner were to hold out, as William Nylander did last season, the Leafs would not be immediately pressed up against the cap – meaning they wouldn’t be able to take full advantage of LTIR savings.

There is still much that can happen between now and Oct 1, but by acquiring David Clarkson's contract, the #Leafs could now build a roster with a total projected cap hit as high as $92,050,000, and then place both Horton & Clarkson on LTIR to cover the $10.55M difference. https://t.co/fdTTVz90zB

Another option for the #Leafs is to build a roster right up until the $81.5M ceiling, then place both Clarkson & Horton on LTIR once the season starts, and giving the club $10.55M in addional cap space. This scenario is only likely if Marner doesn't sign before the season begins. https://t.co/zkNTVWvObn

One thing is for certain. Unless the #Leafs trade several larger contracts, they’ll most likely be using LTIR this season. This would also suggest that they’ll have a very difficult time accruing cap space as the season progresses, and any bonuses earned will result in an overage https://t.co/BzvMZhKz0t