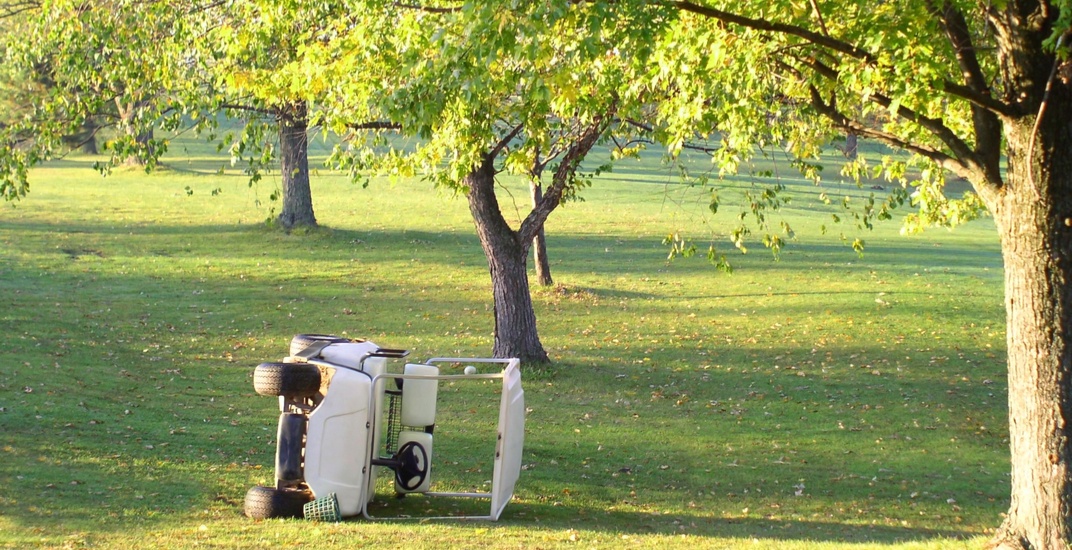 A Toronto Maple Leafs scout has egg on his face after an embarrassing incident that happened in upper New York state on the weekend.

The Buffalo News reports that Lindsay Hofford, the Director of Eastern Area Scouting for the Leafs, was arrested after getting drunk, stealing a golf cart, hitting another vehicle, and leaving the scene.

It’s the type of incident you might expect from one of the Leafs’ teenagers, not a 53-year-old man.

The incident allegedly happened at or near Darien Lake Amusement Park, approximately 40 kilometres east of Buffalo.

Hofford apparently took a golf cart at about 11:40 pm on Saturday night. The theme park closed at 10 pm, but there is a campground at the park and Green Day was playing a show at an amphitheater next door, so that may be a clue.

The Leafs scout has been charged with driving while intoxicated, unauthorized use of a vehicle without the owner’s consent, leaving the scene of an accident, making an unsafe lane change and refusing to take a breath test.