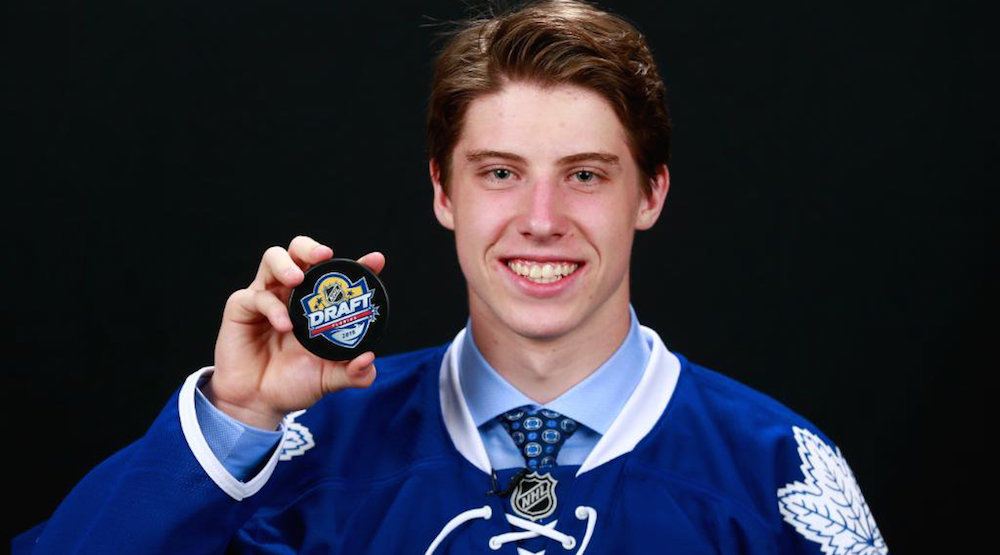 In a video released by Under Armour, four NHL stars revealed what they purchased with their first big league contract.

For New Jersey Devils winger Taylor Hall, it was a pair of new suits so that he could look good showing up to the rink.

LA Kings defenceman Drew Doughty got himself a Range Rover.

And what about Leafs centre Mitch Marner?

Well by comparison, he made the other three guys look like a bunch of selfish jerks.

Marner didn’t buy anything for himself. Instead, he used the money to say thanks to his mom.

“The first thing I bought with it, was (get) my mom a car,” the 20-year-old said. “I took her to the dealership, under cover, (making her think) that we were going to buy me a car. There was a little bow around the front and I told her it was hers.”

This is heart-melting stuff.

“It was just a gift to give back for what she’s done for her whole life to sacrifice for me.”

Giving up is not an option. Set a goal. Believe it. Achieve it. #UAHockey #CanadaWILL