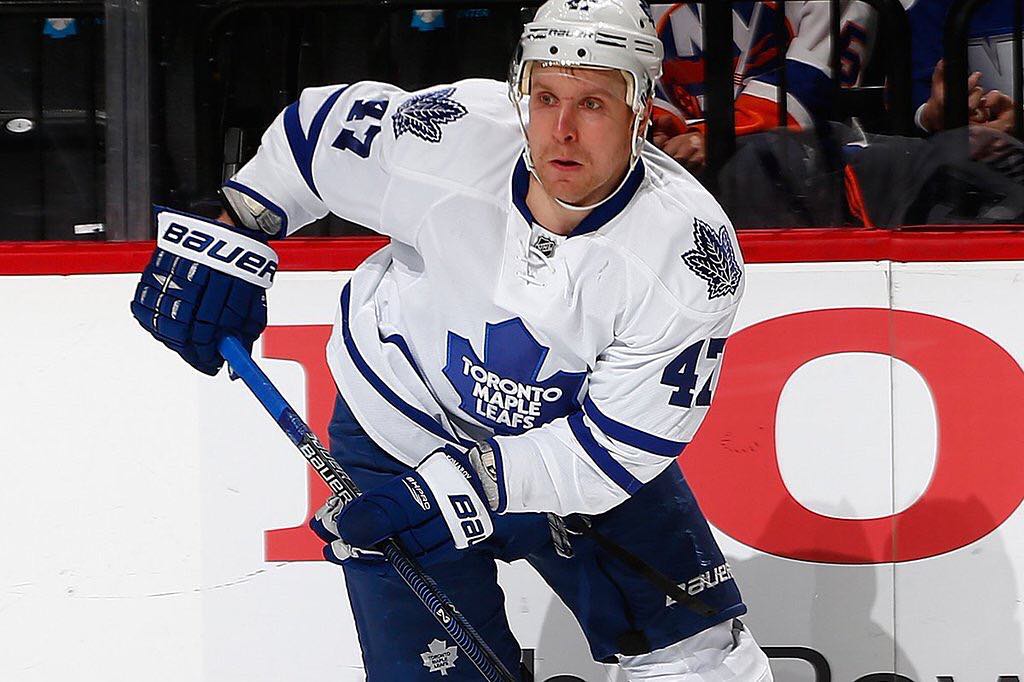 Looking at the NHL standings, the Maple Leafs are in a great position right now.

Just three teams have picked up more than Toronto’s 31 points entering Monday, while four others remain tied with them. In the eight-team Atlantic Division, they sit in second place, six points clear of the third-place Red Wings. In short, while there’s still a little over four months and 50-something games away until the NHL playoffs start, the Leafs have a bit of wiggle room and appear on track for a second consecutive playoff appearance.

However, tough roster decisions have to be made even when the team’s doing well. Here’s an early look at three Maple Leafs players who could leave the team at season’s end, as unrestricted free agents.

The Leafs’ highest-profile player of the five on our list, James van Riemsdyk has been a consistent scorer since arriving in a trade from Philadelphia in 2012.

JVR faces the possibility of being an unrestricted free agent for the first time in his career after this season. With his value still high, some fans have looked to trading van Riemsdyk before the season’s done as a way to cash in on a return of another player, a high draft pick, or a good prospect or two.

Why the Leafs should bring him back

Long story short: he can score. Outside of the 2015-16 season where he missed 42 games due to injury, van Riemsdyk has never finished outside of the top-three on the Leafs in terms of goals. Having hit totals of 27 goals or more three times in Toronto, he’s well on the way to do the same this season and remains one of the key forwards in the team’s dynamic offence.

Why the Leafs should move on

After being signed to a team-friendly six-year, $4.25 million deal with the Flyers, the 28-year-old is going to be looking for a sizeable pay increase. It’ll be interesting to see whether the Leafs can convince van Riemsdyk to stick around, while somehow fitting him into their payroll with an upcoming cap crunch looming.

Once a staple on the Leafs’ top-line, Tyler Bozak his seen his number get called less and less by Mike Babcock over the past two years.

With the emergence of Auston Matthews and a preference for Nazem Kadri, Bozak has seen his time on ice drop to an average of under 15 minutes a night for the first time in his career this year. Bozak’s five-year contract expires after this season, meaning he could be on the way out.

Why the Leafs should bring him back

The strongest argument to be made would be one of familiarity. Bozak’s currently the longest-serving Leaf, having played for the team since signing as an undrafted free agent in the 2009-10 season.

If you consider this year a down year, there’s a chance Bozak could re-sign and have a resurgence next season and be an effective third-line player on a deep forward group.

Why the Leafs should move on

At age 31, Bozak’s best days are more likely than not behind him.

Bozak’s likely looking for a multi-year deal instead of a short-term one, which is a big commitment for a Leafs team with a wealth of young players expecting new contracts over the next two offseasons.

With the possibility of William Nylander making a shift to centre, there doesn’t seem to be much of an immediate need to bring back a player whose (declining) production could likely be easily replaced by a cheaper, younger option.

A fan favourite since he first donned the blue-and-white during the 2013 season, Leo Komarov’s been known for his hard-hitting action mixed in with a decent set of offensive tools. An all-star in 2016, Komarov’s had his fair share of memorable moments in the Toronto uniform.

But “Uncle Leo” has had a quietly rough season. He’s on pace for just 19 points over 82 games, which would be a career low in a full NHL season.

He’s a pending unrestricted free agent, so Leafs management will have a decision to make.

Why they should bring him back

While he’s making $2.95 million per year, Komarov’s next contract would likely be a little more cost effective. It’d be hard to justify giving him a higher salary than teammates Connor Brown and Zach Hyman, who signed for multi-year deals worth $2.1 and $2.25 million per year this offseason.

Leo’s scoring on just 5.2% of his shots this year, meaning a reversal in fortunes could make Komarov a cheaper depth scoring option if he does stick around.

Why they should move on

With last year’s playoff hero Kasperi Kapanen looking like he’s ready for a full-time roster spot, Komarov’s services as a player who can both be physical and slot up and down the lineup aren’t really as vital.

With the forward depth the Leafs have, Komarov’s virtually cemented his place in the bottom half of the lineup. On a team that’s looking to build one of the fastest, youngest rosters in the league, Komarov just might not be needed moving forward.