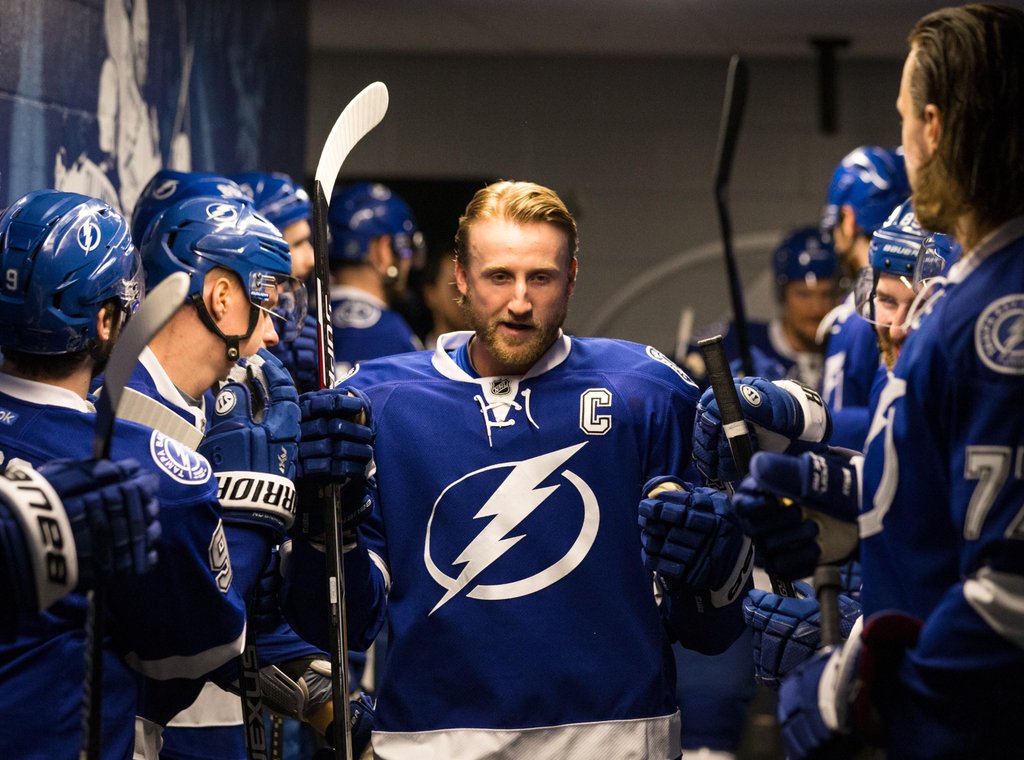 Just because you can afford something doesn’t mean it’s a smart purchase.

Steven Stamkos is the most coveted free agent this summer, but the Toronto Maple Leafs should not go out of their way to sign the superstar centre.

Since acquiring the right to draft first overall, team needs have changed, and a Stamkos signing presents a logjam at centre ice. Should Auston Matthews live up to his potential, it’s argued the Leafs could have their first line centre for the next decade.

Additionally, Nazem Kadri is signed through the 2021-22 season, Tyler Bozak has two years remaining on his current deal, and William Nylander will be a dominant top-six NHL centre in a few years time. Mitch Marner, too, can play centre if needed, all scenarios pointing away from a Stamkos/Toronto homecoming.

Moreover, Stamkos turns 27 this season and seeing as Toronto isn’t expected to contend for the next three or four years, he doesn’t fit with Toronto’s plan. By that time Stamkos will be 30 with a number of years remaining on what’s expected to be a very expensive contract, money that could be saved for a later date.

According to Bob McKenzie, Tampa offered Stamkos $8.5 million/season, but the Markham native seems intent on testing the free agent waters.

McKenzie: “We know the offer to Stamkos, the only offer we’re aware of anyways, was $8.5 million for five or six years.” #TBLightning

And sure, if Stamkos came to Toronto he’d be named captain immediately and would be a great role model for all of Toronto’s young players. He would have arguably the league’s best coach behind the bench, and the Leafs of all teams could use a former 60-goal scorer up the middle. Furthermore, Toronto has $22 million in cap space, with six of its nine unsigned skaters making less than $1 million last year. With numbers like that, a Stamkos signing is financially plausible.

But at this stage in his career, surely Stamkos is looking for longevity, to be the number one guy to lead his team to the Stanley Cup. He nearly did it this year and last, but if he doesn’t re-sign with Tampa there are other teams to provide that opportunity.

And I promise you Toronto isn’t one of them.

In January 2015, Stamkos told the Toronto Sun that he could envision a deal comparable to the $84 million contracts signed by Jonathan Toews and Patrick Kane, the two highest paid skaters in the game. The Blackhawks signed these players long term after winning two Stanley Cups in the last five campaigns, and sure enough, they went on to win again that following year.

The Leafs, however, aren’t ready to sign Stamkos because they’re more than one piece away from becoming a dynasty.

For instance, with Marner, Nylander, and the likely Matthews now in the mix, their entry-level contracts will each expire in domino-like fashion. Toronto will need the extra cap space to secure these players, not to mention Brown, Soshnikov, Hyman, Kapanen, or other potential prospects in the system or elsewhere. Considering future contracts and team needs on a rebuilding franchise are never conclusive, a team shouldn’t sign a player like Stamkos until they’re ready to contend.

For a team like the Detroit Red Wings, however, landing Stamkos makes way more sense. The Red Wings have been to the postseason 25 consecutive years and with Pavel Datsyuk expected to be on the move, a leadership void must be filled. Another potential spot is Montreal, whom many believe are one piece away from Stanley Cup contention.

With Subban, Price and Stamkos on the same side, the return of Montreal’s glory days could be close by. Sure, trades would have to be made and there would be cap complications, but the possibility is there.

It’s easy to look at Stamkos’ numbers (562 points in 569 games), compare them alongside the Leafs’ available cap space and think a deal should be finalized today. I get it; Stamkos is one of the NHL’s most electrifying scorers who can change the game on his own. He can make things happen, but Toronto isn’t ready to land such an elite talent.

Patience is vital to team success, and a Stamkos signing would be rushing the process. The Leafs may have comparable genius hidden in their system already, so let’s continue to reserve the money we have and develop our skill from within. Too many times has Leafs management gone for the big splash and failed miserably.

I don’t care how many goals he’s scored because the timing isn’t right. Stamkos is a gifted player but he doesn’t fit in Toronto, plain and simple.