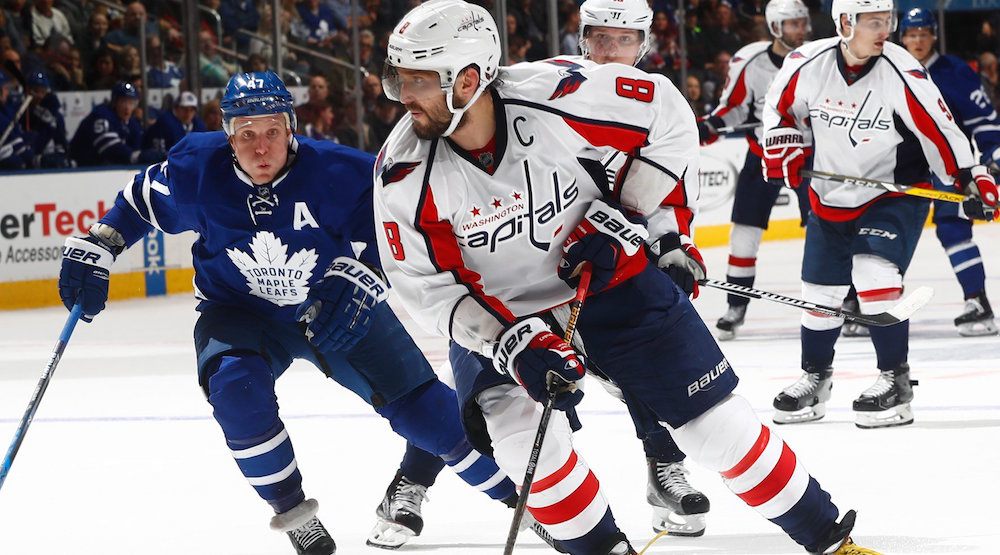 This is gonna be tough.

After finishing dead last in the NHL last year, the Toronto Maple Leafs found their way back into the playoffs – just barely. When you just barely make the playoffs, you end up facing a team like the Washington Capitals.

Babcock: "We are underdogs… We're in the playoffs so who cares?"

Nobody is kidding themselves, Toronto knows they are underdogs. They like it. They were ‘underdogs’ to make the playoffs too, and here they are.

It certainly won’t be easy, but it isn’t impossible either.

Look no farther than the LA Kings from 2012, beating the Presidents’ Trophy-winning Canucks as an eighth-seed en route to winning the Cup.

Interestingly enough, the Kings that season (40-27-15) had the exact same record as this year’s Leafs.

This isn’t to suggest the Leafs will be the second coming of the Kings, just a reminder that regular season records hold no meaning in the playoffs outside of home-ice advantage.

If the Leafs are going to win this series, or even have a chance, they need to play a perfect game. Four of them actually.

If the Leafs are going to win this series, here’s what needs to happen.

This is huge. Both the Leafs and Caps were top-5 power play teams this season. It’s imperative the Leafs end up with more PP opportunities.

Drawing penalties will certainly be important, but the team can’t control that the same way they can control themselves.

Toronto must stay out of the box and avoid giving the Capitals the leisure to set up No. 8 for his patented one-timer.

It simply can’t happen if the Leafs want to win the series.

Babcock says Andersen should be ready to go.

Most would give the edge in goal to Washington. Braden Holtby has better numbers both this season and in his career, and also has the better playoff numbers, and more playoff experience.

Defying the odds, Frederik Andersen will have to be the better of the two goalies – by a considerable margin – for the Leafs to win the series.

The Leafs allow the third-most shots in the NHL. Looking at who the shooters are for Washington, Andersen will need to be in peak form.

If the Capitals come out and win both games at home to go up 2-0, you would be forgiven for writing the Leafs off.

Anything can happen, but beating the President’s Trophy winners in four out of five games is past the ‘unlikely’ part of the scale.

If the Leafs can take even one of those first two games in Washington, it puts the pressure back on the Capitals coming into Toronto.

It’s easier said than done. The Capitals went 32-7-2 at home this season.

There’s not enough margin for error for there to be an adjustment period for the Leafs young players. They have to step in and play right away, much like they did this regular season.

If it takes the Leafs a game or two to catch a feel for the rigors of playoff hockey, it’ll be too late. They’ll find themselves down 2-0, forced to climb out of a major hole.

The level of play and physicality goes to a whole new level in the postseason. It’s a level that not many current Leafs have experienced much.

Andersen, James Van Reimsdyk, Brian Boyle, and Roman Polak all have decent playoff resumes, but that isn’t a very long list. It looks even shorter compared to the list of vets on the Capitals.

If they come into the postseason playing like veterans – like they’ve been there before –  the Leafs may have a shot in this series.

#Leafs have amassed the 3rd most points in NHL history by a team's crop of rookies pic.twitter.com/FAHMxkR8t2

It’s a lot to ask from the rookies, but the Leafs have been getting a lot out of them all season long. It can’t stop now if they are to keep their season going.

Coaching is key in the playoffs. Utilizing last change and line matching are two things seen far more in postseason hockey. That’s why the Leafs are fortunate to have one of the best minds in hockey behind the bench.

Barry Trotz is no slouch. He’s one of the better coaches in the league. But he’s never made it past the second round before. Mike Babcock has gone all the way.

In a matchup that sees the Capitals with vastly more experience overall, having an experienced coach is key for the Leafs not only in this playoff run, but in the years to come as well.

The odds are stacked against them, but that’s nothing new.

The odds were ‘stacked’ against the Leafs making the playoffs, but here they are.

Time to see what they can do.