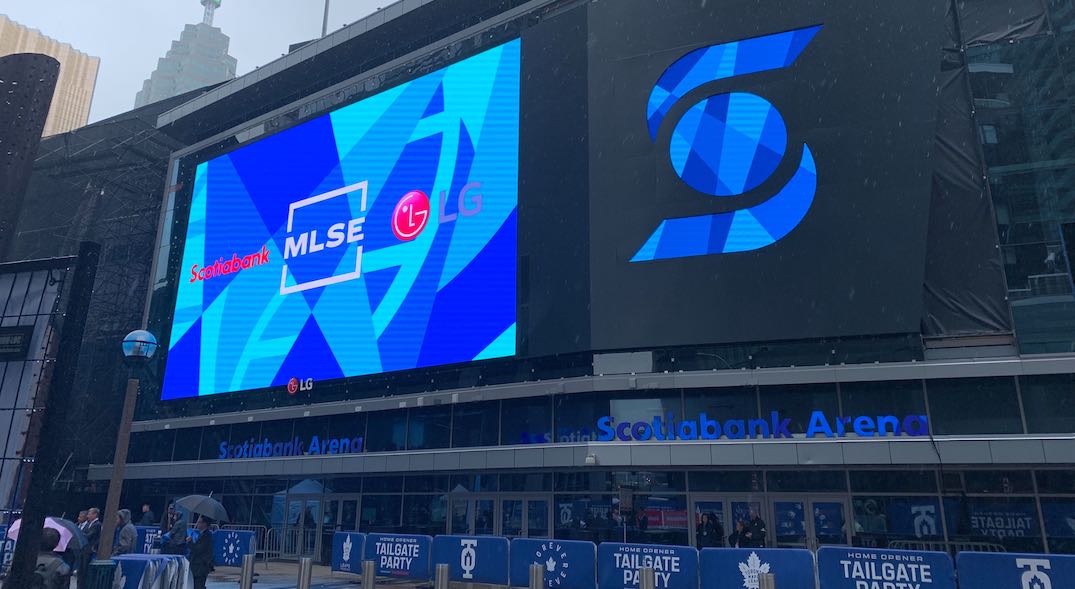 The biggest change includes the new and larger LED screen and Scotiabank Arena signage in Maple Leaf Square, which MLSE said: “helps continue the tradition of an unparalleled outdoor viewing experience for fans.”

“After an incredible Toronto Raptors Championship season, these enhancements will enable us to create bigger and better experiences for our fans watching inside the venue, and outside in Maple Leaf Square. We want to continue to make this area a vital part of Toronto’s vibrant sports and entertainment scene,” said Nick Eaves, Chief Venues and Operations Officer at MLSE. 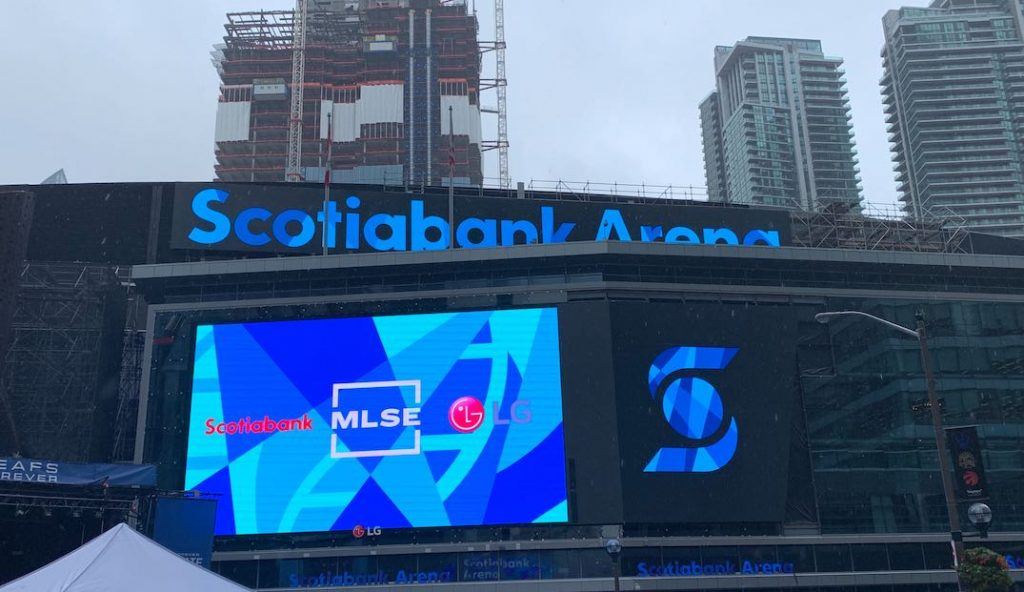 The entire arena underwent improvements that included new signage outside, along with improvements inside the building.

The changes include new LED digital signage in the arena that will have the ability to change colour according to the events happening in the building as well as the city.

The LED screen that fans watch during the playoffs outside in Maple Leaf Square is now 37% bigger at 62 feet by 35 feet and “boasts technology that provides rich, saturated colours and a high level of brightness for optimal viewing throughout the game.”

Earlier this week, Scotiabank Arena also introduced all its new food options for the season.

The changes are just in time for the Toronto Maple Leafs tailgate party at the Square on Wednesday for the home opener.

The viewing party will take place at Maple Leaf Square on Wednesday, October 2, at 5 pm.