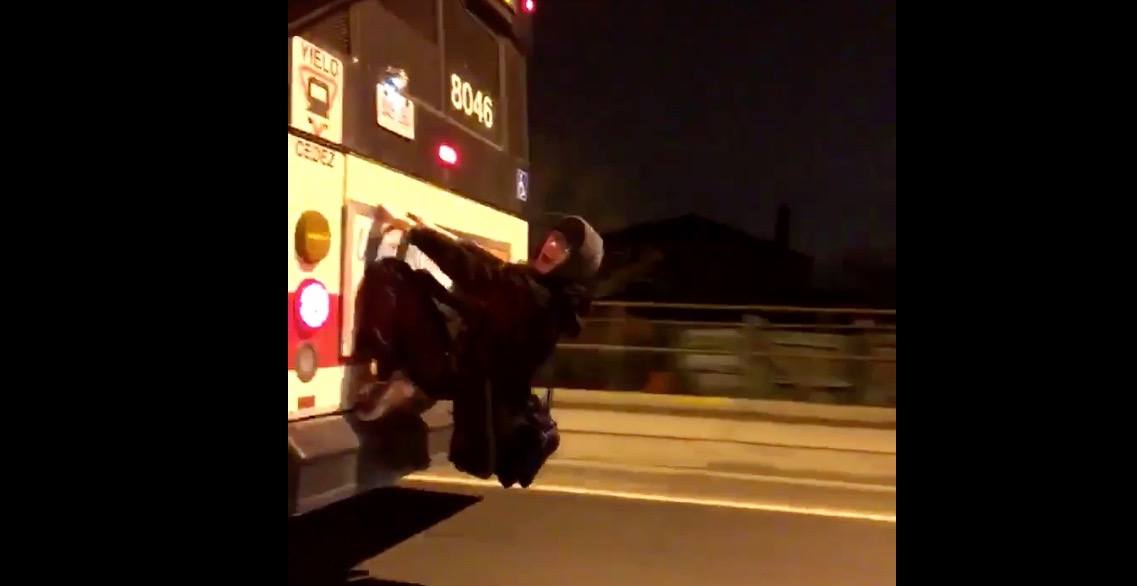 A video uploaded to Twitter last night shows a man dangerously holding on to the back of a TTC bus while it races through city streets.

The man appears to be holding onto the rear advertisement panel on the bus while keeping his feet on the bumper.

The video uploader, who himself appears to be dangerously filming the incident while driving, has several exchanges with the man hanging on. After pulling up alongside the back of the bus the driver rolls down his window and says:

To which the hanger-on enthusiastically responds,“Yeah, buddy. Yeah Buddy. F*ck the system, eh?”

According to the TTC, neither the time nor the location of the incident has been confirmed, but they are in contact with Toronto Police.

“This is a reckless, dangerous and stupid stunt. This individual is not only putting themselves in harm’s way, but other motorists as well,” a TTC spokesperson added.

Only in Toronto were a white guy calls you Warya while he’s on the back of a bus #fightthepower👻GureScarborough pic.twitter.com/G47j0d0iuh