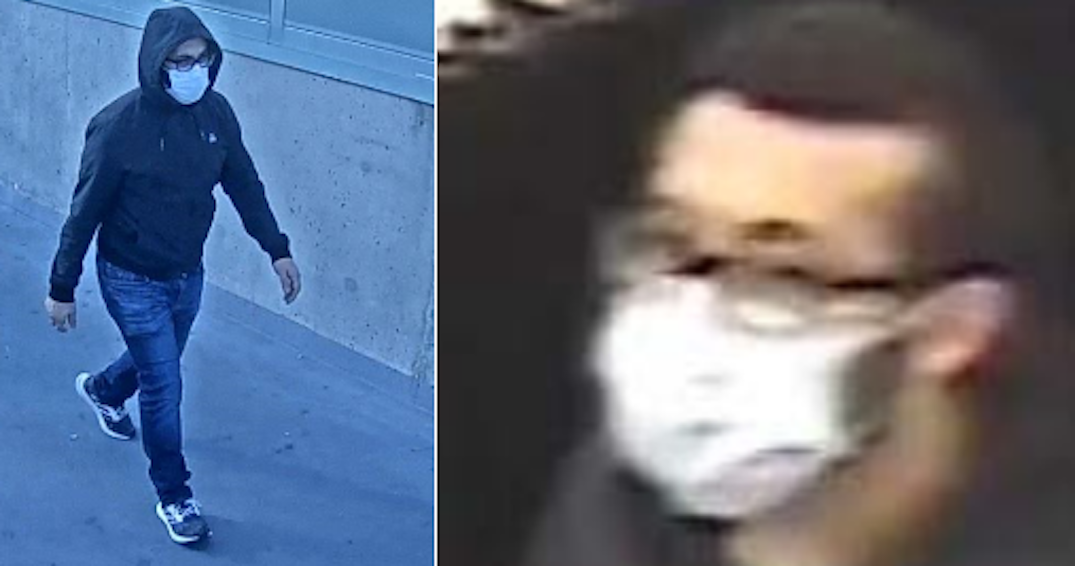 The Peel Regional Police are looking for a man who was allegedly looking up a woman’s skirt and trying to film it.

On Tuesday, the police said that investigators with the 11 Division Criminal Investigation Bureau, are asking for public assistance in identifying a suspect in a Mississauga voyeurism investigation.

According to police, on Thursday, October 8, at 4:45 pm, a female was shopping at a mall located in the area of Duke of York Boulevard and City Centre Drive in the City of Mississauga.

She was looking at clothes in the mall and when looking down “saw a male crouched down beside her.”

“Investigators believe that there could be other victims of the suspect. They are appealing to anyone who may recognize or may have had an encounter with the suspect to contact the police. To view a picture of the suspect in this incident, please visit our website.”

Anyone with information regarding this incident is asked to contact investigators in the 11 Division Criminal Investigation Bureau at (905)453-2121 ext. 1133. Information may also be left anonymously by calling Crime Stoppers at 1-800-222-TIPS (8477), or by visiting www.peelcrimestoppers.ca