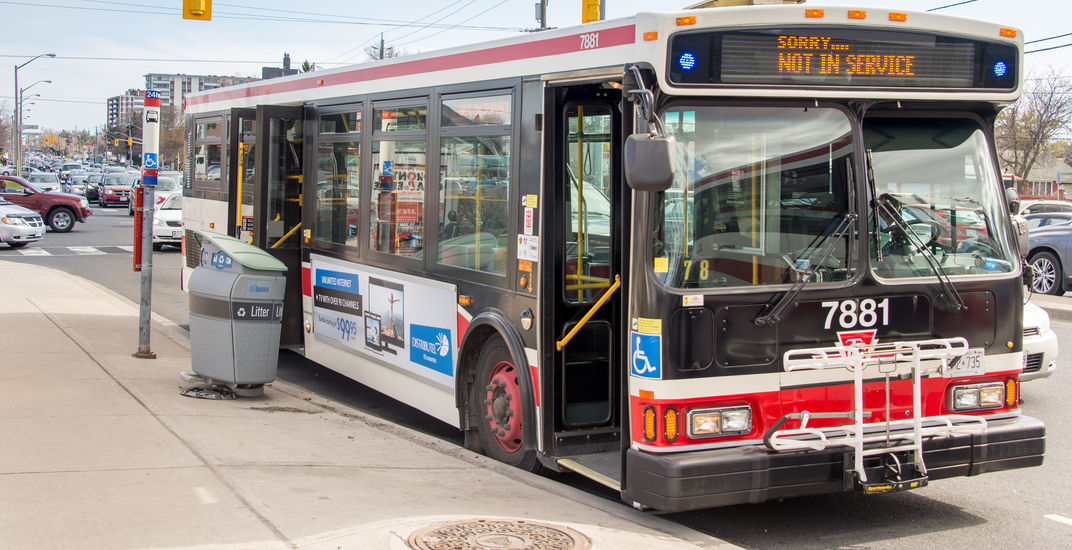 Toronto police responded to two separate reports of a man wielding a knife on a TTC bus downtown and in Scarborough on Thursday, officers say.

In the first instance, reports of a person with a knife brought officers to Yonge Street and Dundas Street West around 2:20 pm. A man had reportedly threatened another man on the bus with the weapon, before fleeing the vehicle.

On arrival, police said the male was no longer on scene, and there were no reported injuries or victims. Police checked the area.

The suspect was described as a black male in his 30s, dressed in a green jacket and a black hat.

At about 7:55 pm, police reported another incident of an alleged person with a knife on a TTC bus near Markham Road and Luella Street.

The circumstance were reportedly the same as earlier, as the suspect threatened another man with the weapon.

Officers say the suspect fled the bus and at the time, the vehicle was holding. Police checked the area but did not report finding the suspect.

PERSON WITH A KNIFE:
Markham Rd + Luella St
– On board TTC bus
– Man threatened another man
– Wielding a knife
– Suspect has fled the bus
– Bus is holding
– Officers checking the area
– No injuries reported\#GO159790
^dh