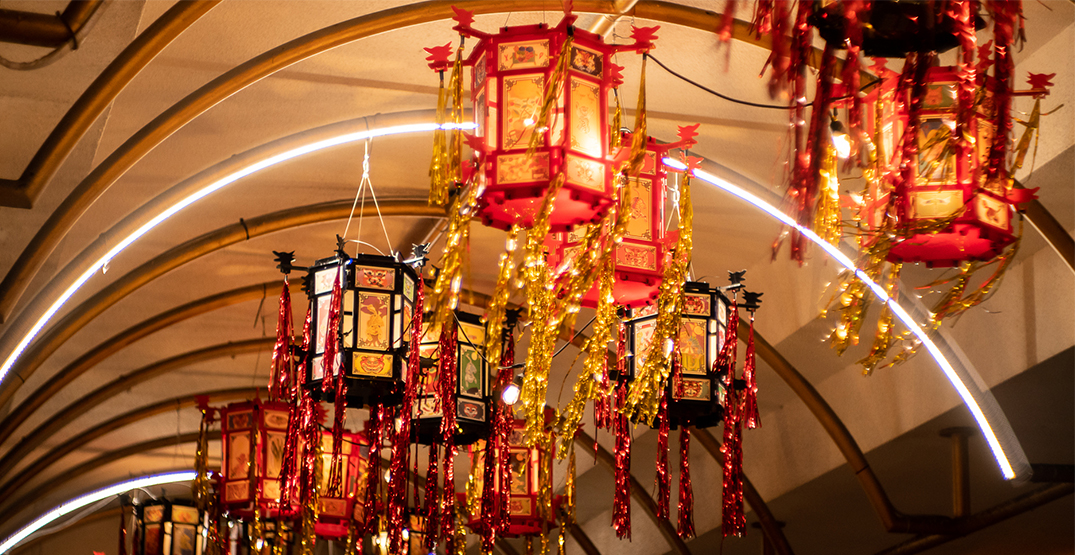 The CN Tower isn’t the only thing lighting up Toronto this February.

Walking down Spadina Avenue, you may catch a warm glow radiating beside the entrance of Dragon City Mall in Chinatown. 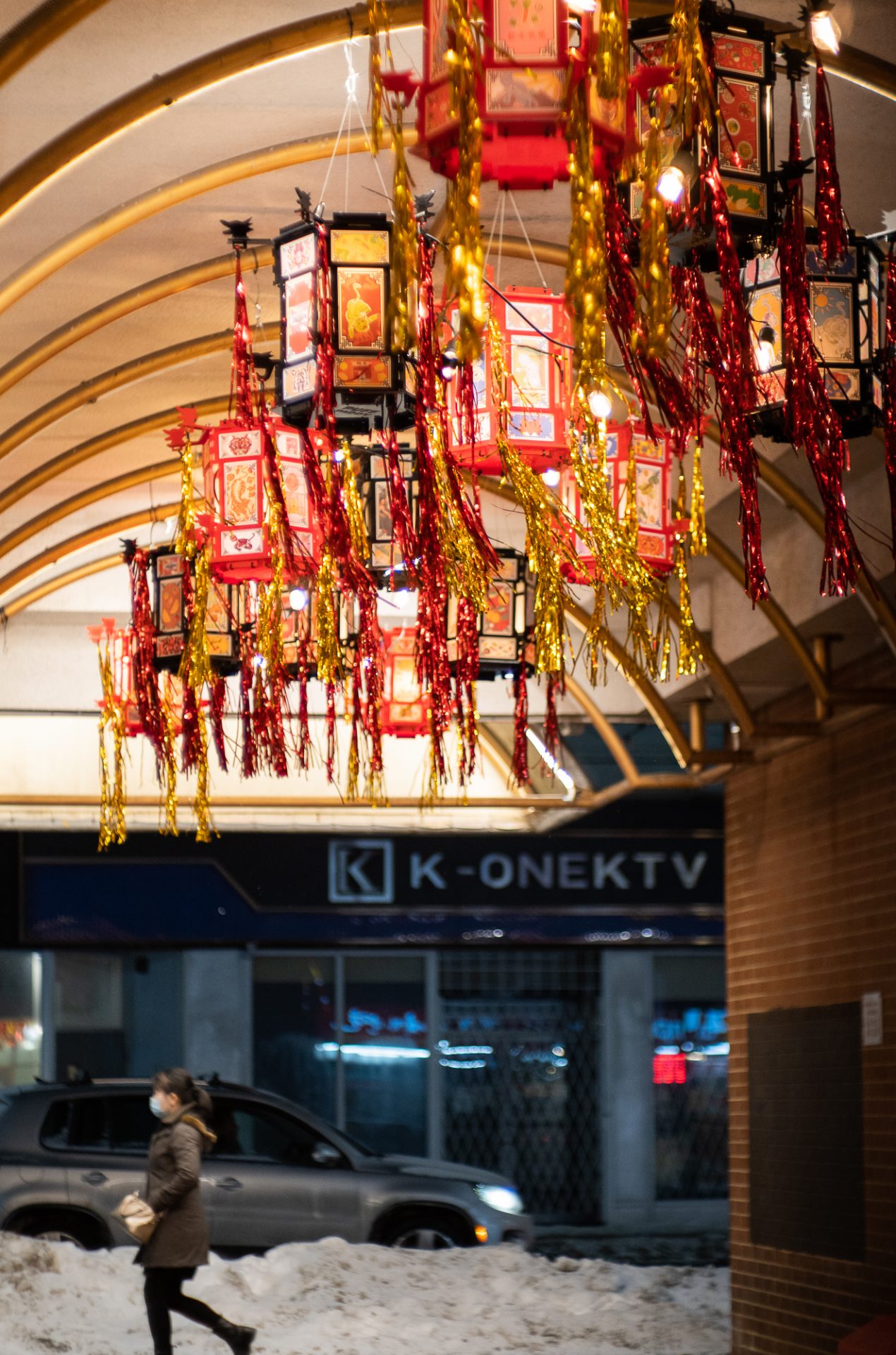 Led by artist Paddy Leung and their artist mentee Meegan Lim, the exhibit actually features artwork from people in the community. A closer look reveals that the panels on each lantern are decorated with art representing the Year of the Tiger and traditional New Year’s foods.

“I hope it encourages people to slow down, be present,” Lim told Daily Hive. “I think that’s the beauty of public art; it’s so accessible, and it allows you to be more aware of your surroundings.”

Leung and Lim held six hybrid in-person and virtual art workshops last year with over 150 participants from the community. Participants ranging in age from as young as three years old to 99 years old learned different art techniques like woodblock painting and papercut art. 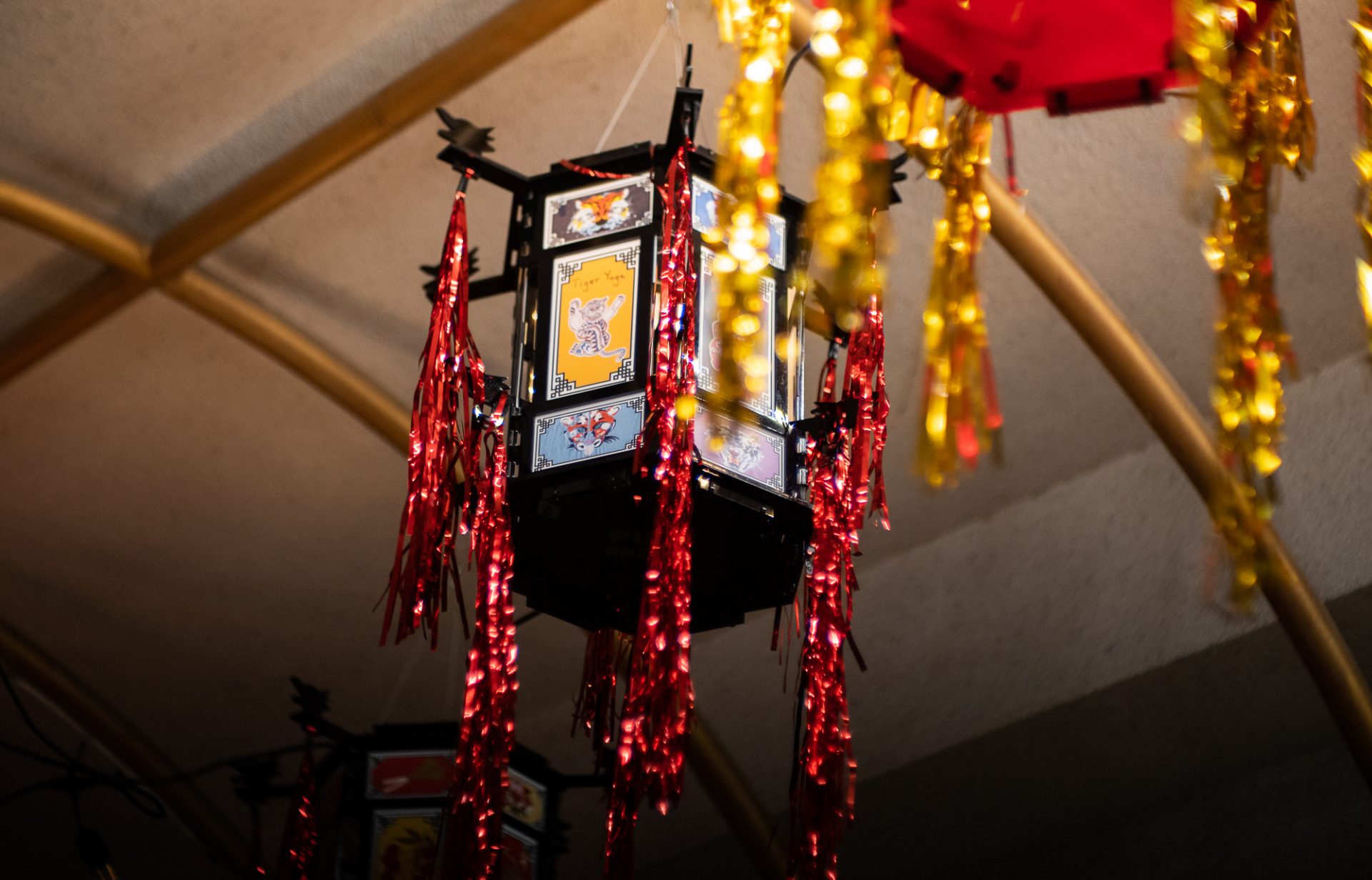 Leung, who also goes by PUFF Paddy, told Daily Hive that they were surprised to see so many young adults attend the workshops.

“The participants I’ve talked to, they have similar experience where traditions have been lost over time and Chinese New Year or Lunar New Year wasn’t as big after they move to Canada,” said Leung. “Finding that again, is really nice.”

Before you visit the exhibit, here’s a primer on the significance of lanterns during Lunar New Year.

What’s the history behind these lanterns? 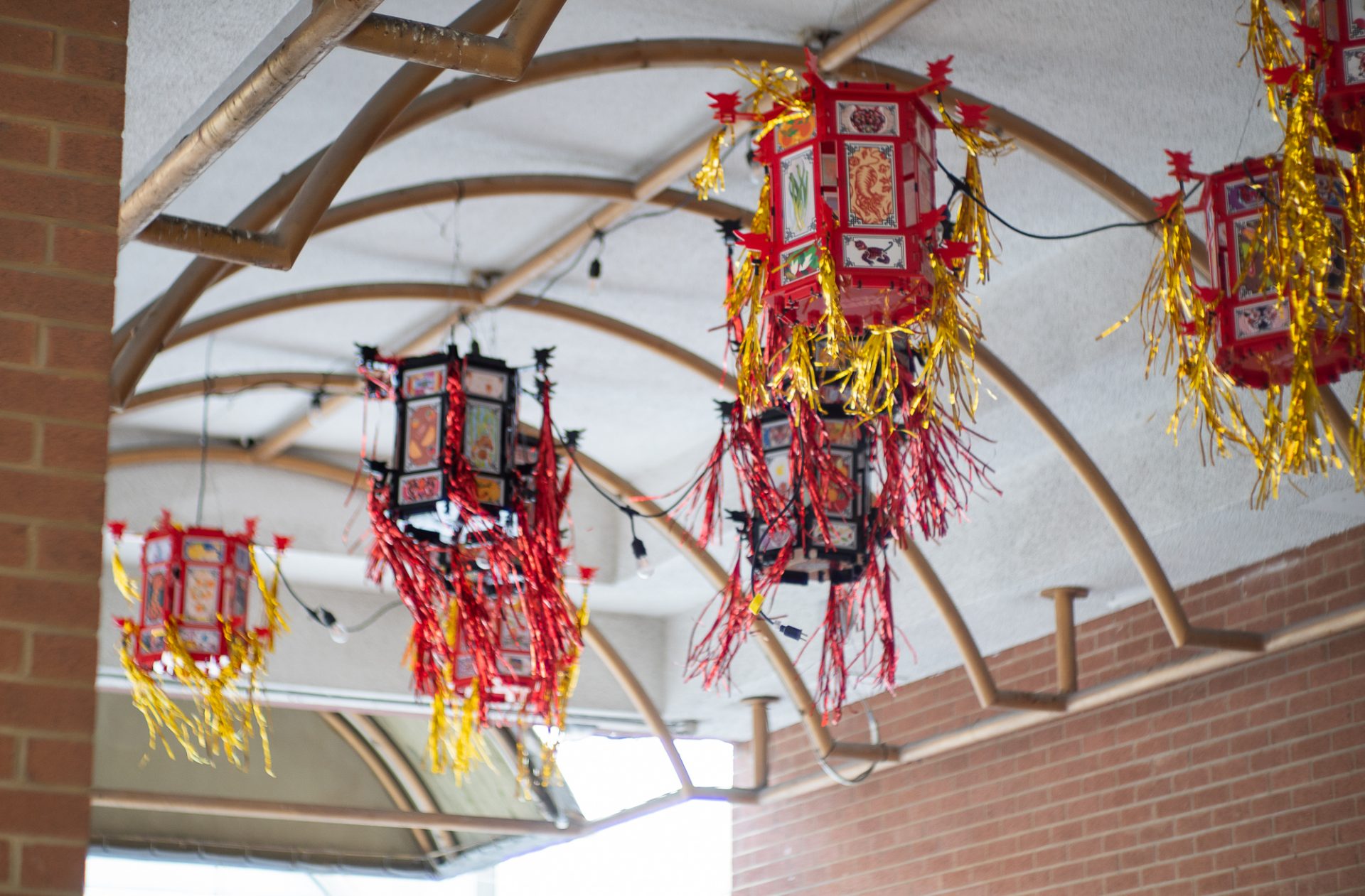 The lanterns in the Yue Moon exhibit are inspired by traditional palace lanterns. They’re hung in honour of deceased ancestors on the 15th day of the first month of the lunar calendar. That day is the Lantern Festival, a holiday celebrated in China and other Asian countries.

Leung says that the lanterns were traditionally made with bamboo and featured artwork painted on silk.

What’s the significance of the lanterns during Lunar New Year?

“Lanterns symbolize hope, luck, and a bright future and are an important part of the Lunar New Year festivities,” explained Tonny Louie, chair of the Chinatown BIA, in a statement. “We want to gather the locals and raise people’s morale and make connections with each other through our activities.”

Leung and Lim have personal connections to its symbol and the artwork they created.

Lim’s workshop focused on Lunar New Year foods, which she says are a central component of the festivities.

“There’s a lot of beautiful symbolism and representation in the food that is featured in the festivities,” she said. 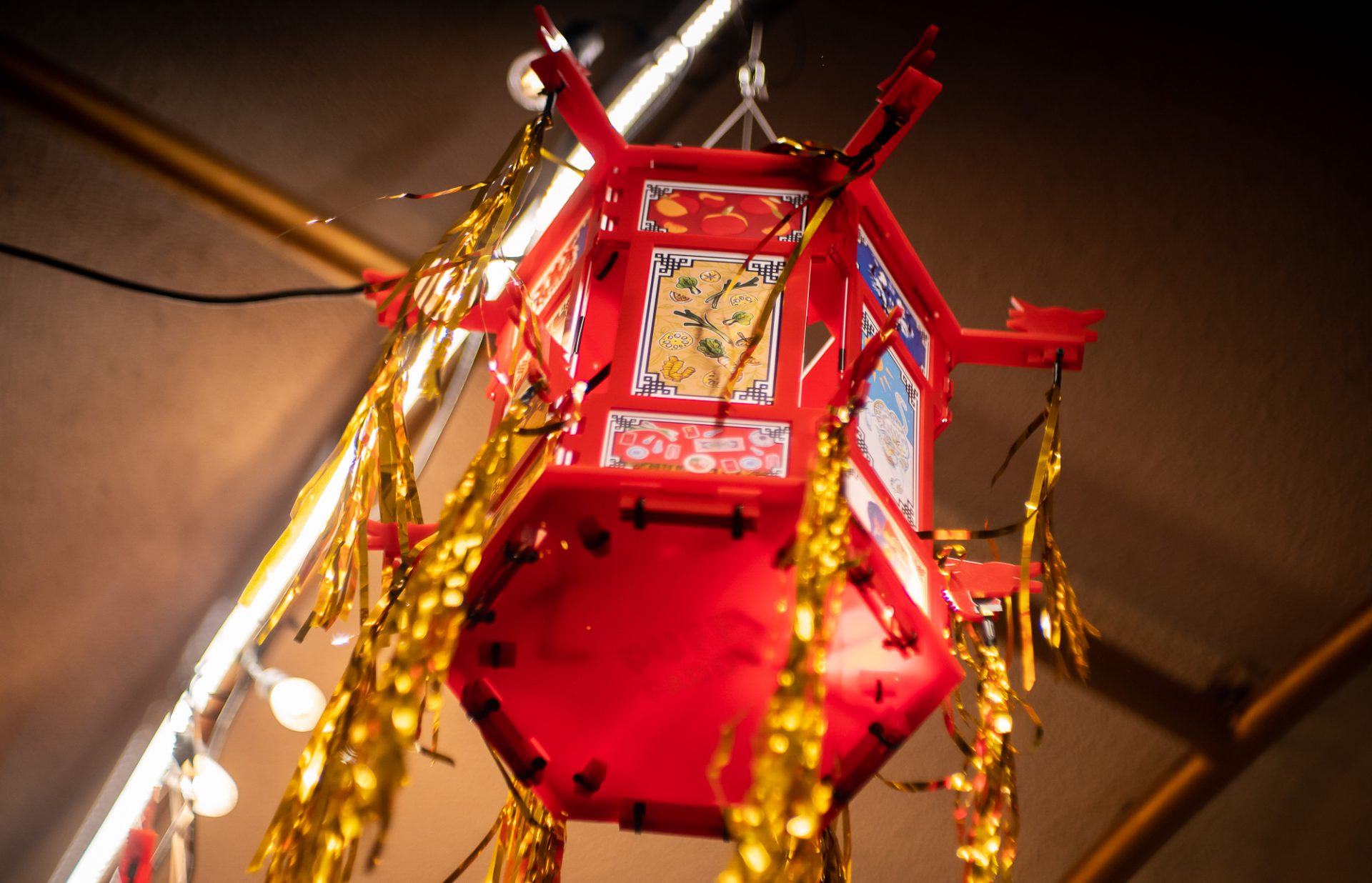 A lot of the lanterns had mandarin oranges, grape fruit, steamed fish ,and even papercut art of noodles.

Leung’s workshop focused on the Year of the Tiger, with artworks showcasing traditional woodblock paintings of tigers. They learned that Tigers symbolized different things in different parts of Asia, which is what their workshop was inspired by.

“[Tigers are] like heavily embedded in our and they signify strength and power,” explained Leung.

Where and when can you see the exhibit? 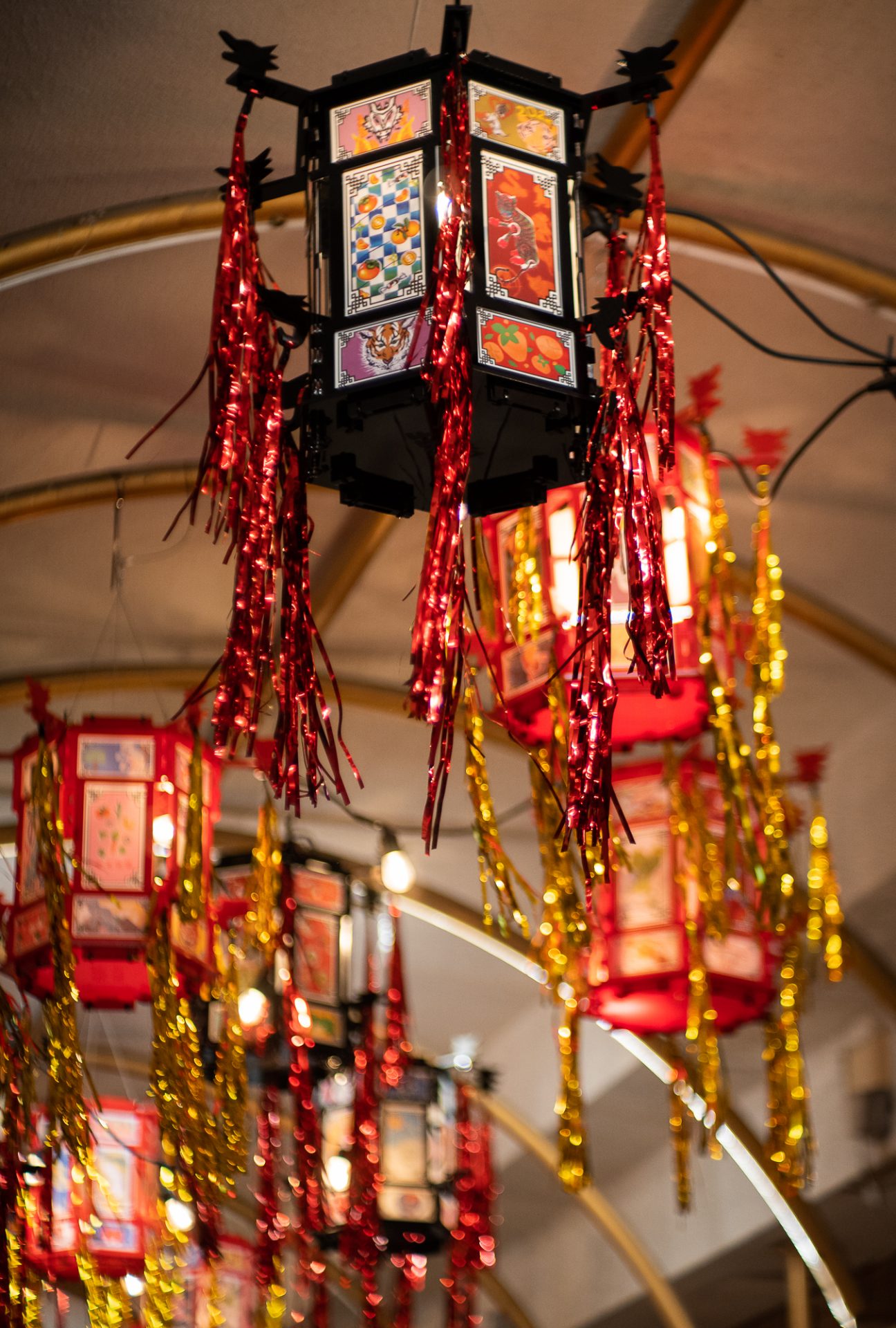 The exhibit runs until February 28, 2022 and is located at Dragon City Mall’s side door at 519 Dundas Street West.

After three years of the pandemic that was marred with acts of anti-Asian racism, Lim hopes the exhibit help the community reconnect.

“Despite all those lows, that the East Asian community has faced in particular, people have all come back to community and people have been really looking for connection with each other,” she said.