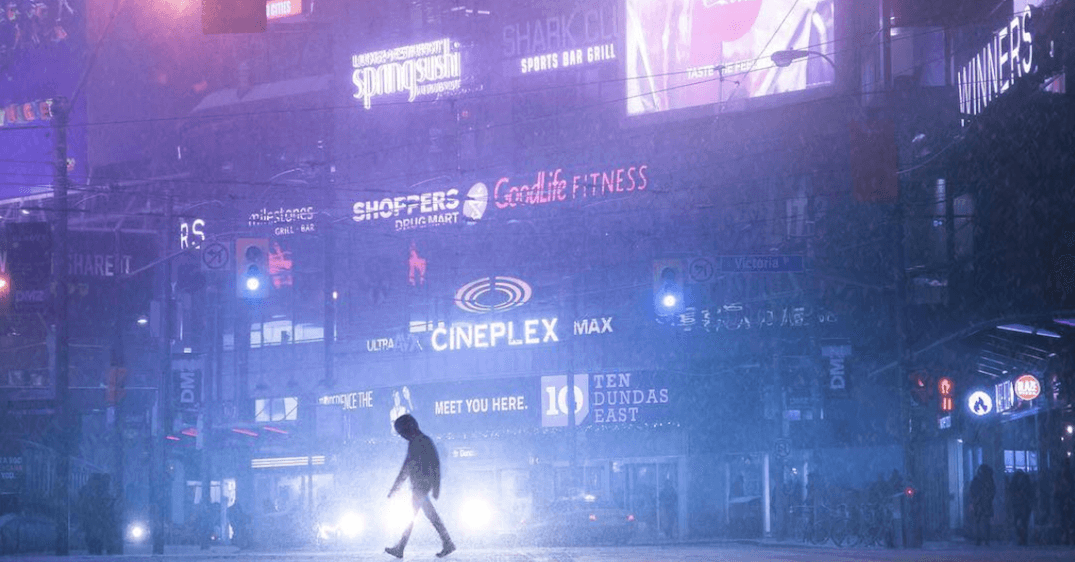 Blade Runner 2049 was one of the most visually stunning films of 2017, and not just because of Canadian Ryan Gosling.

The movie, set in a dystopian world, has incredible visual effects and colourful settings that draw viewers into a sci-fi universe.

The shades of blue and hues of purple are now a staple to the movie… but parts of that world can be found in Toronto.

Local photographer Lucan Coutts has been making rounds on social media lately for capturing Toronto in what seems like a Blade-Runner-like world.

While its one picture in particular that’s been the focus of Coutts’ work, his other pieces also play into the same scenes, in that far away dystopian place.

The ‘Blade Runner’ esq photo being shared recently was actually first published by Coutts, who has over 33,000 followers, on December 27.

And he’s getting a lot of praise for his work.

Like a scene straight out of Blade Runner. Tremendous photo by @lucancoutts #Toronto pic.twitter.com/RpVsO4G98O

This is an actual photo, of an actual city. Toronto by @lucancoutts pic.twitter.com/G6mbr3tTBQ

Yo @lucancoutts this is godlike.

This is an actual photo, looks straight out of a Sci-fi movie pic.twitter.com/QuN0QUuSFO

Check out Coutts’ other stunning work below, all featuring Toronto: