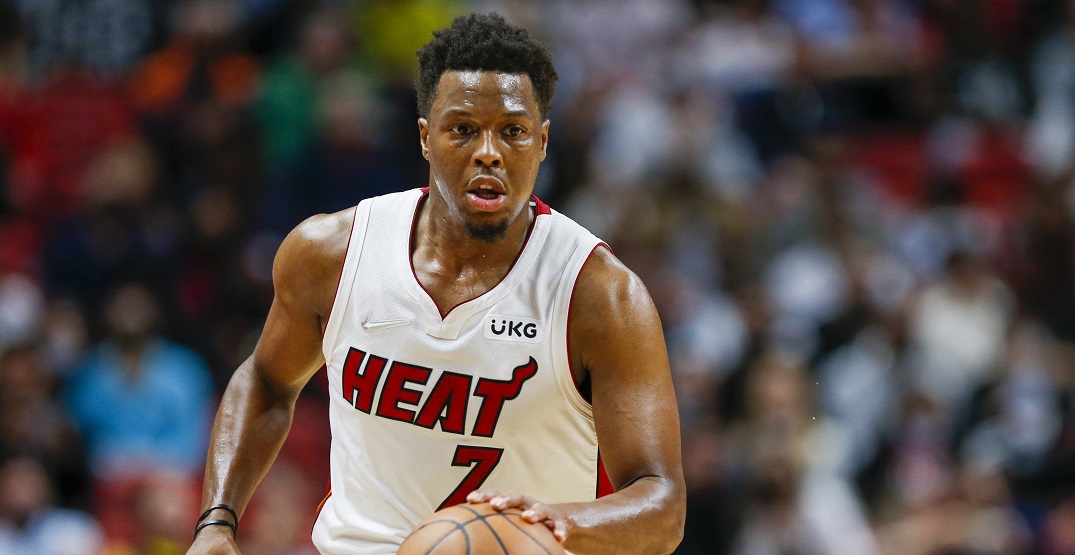 Lowry has been officially listed out for personal reasons, according to South Florida Sun Sentinel reporter Ira Winderman.

It’s unclear what the reason behind Lowry’s absence is.

Lowry played 35 minutes for the Heat in a Saturday night 109-98 loss to the Philadelphia 76ers.

A six-time NBA All-Star with the Raptors, Lowry left Toronto after nine years this summer for Miami on a three-year sign-and-trade deal.

Raptors guard Fred VanVleet had said yesterday that he was looking forward to playing against Lowry, but was more anticipating Lowry’s first game back in Toronto, currently scheduled for February 1.

The Raptors are set to play again in Miami in under two weeks, when they take on the Heat on January 29.

Tipoff is set for 7:30 tomorrow evening.