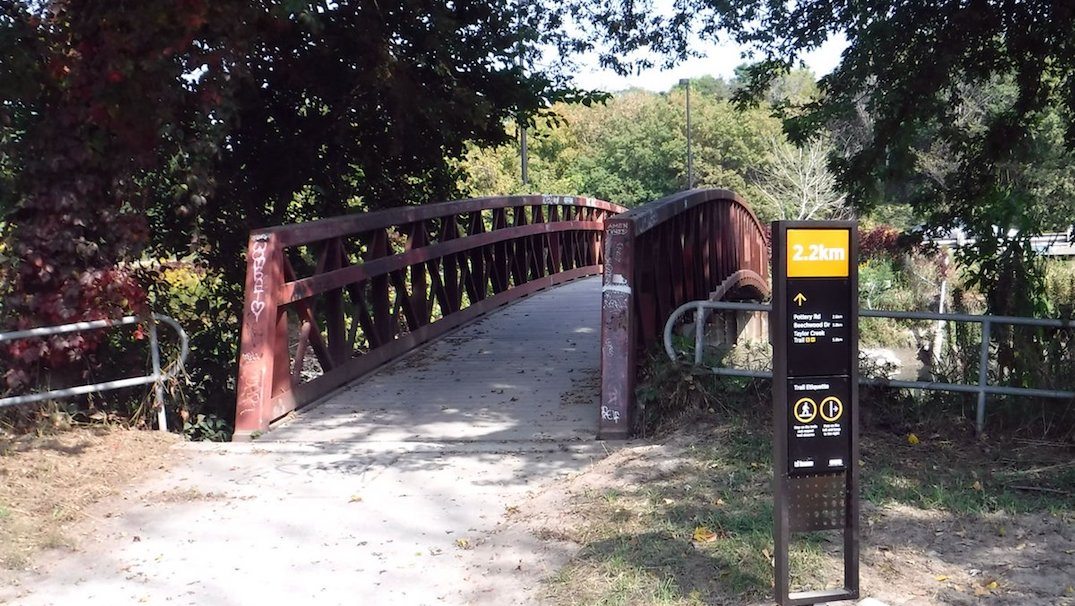 On Saturday, September 23, as part of the City of Toronto’s Ravine Days, the new Trail will host guided walks to its new art installations, and will showcase the installation of the Toronto Parks and Trails Wayfinding pilot.

The City’s installation of the new signs is part of its Ravines Strategy, which takes into account the network of various related plans, regulations and bylaws and contain the vision for the ravine system and a set of principles to guide planning and policy.

According to the City, ravines define Toronto’s landscape. Over 17% of Toronto’s total area is ravine land and 87% of Toronto’s Environmentally Significant Areas are found in ravines.

A sneak peak into Toronto’s modern new wayfinders for the Lower Don Trail. An important next step as part of our Ravines Strategy. pic.twitter.com/rBVUcEgMRb

The Lower Don Trail is a 4.7 kilometre section of multi-use trail for pedestrians and cyclists that runs along the Don River, from Pottery Road to Corktown Commons. The reopening celebrations this weekend will also include delicious food, nature play programming, and artist Duane Linklater will launch the Don River Valley Park Art Program with a striking installation of cast concrete gargoyles along the Lower Don Trail.

Check out @TorontoPFR wayfinders on the Lower Don Trail pic.twitter.com/DdASkt6bXL