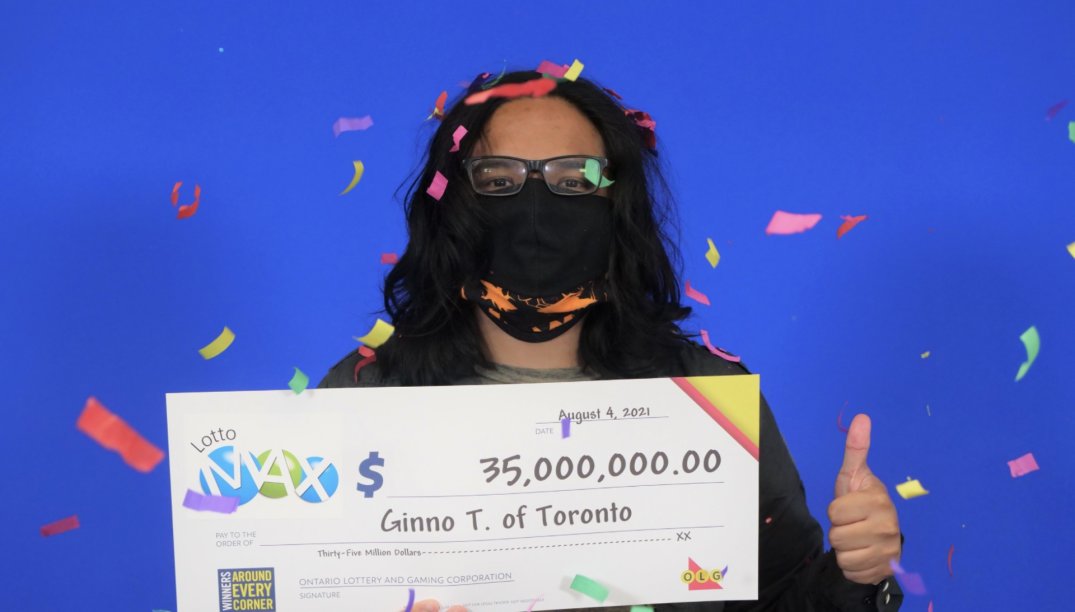 Who knew a Lotto Max ticket purchased at King Grocery on King Street would be the key to $35 million?

Ginno Torres certainly hoped it would. And the 29-year-old regular lottery player was right.

According to the OLG, Torres had known about his winning ticket for weeks, but decided to keep it a secret until he got his mega cheque. Torres won the $70 million June 22 jackpot, which he splits with a winner from BC.

“I wanted to make sure it was real before I surprised my family and friends with this incredible news,” said Torres, a recent college graduate.

Torres apparently saw a lot of zeros on the ticket checker and thought he had won $35,000, but wasn’t sure what he was seeing on the display. That’s when OLG said he went to another store and checked again.

“That’s when I realized I won $35 million. My stomach was in knots as I was thinking about what was happening,” he said. “I was numb!”

He said he tried to continue with his day “as if nothing had happened, as a coping mechanism to deal with the shock of this life-changing event.”

As for what the new Toronto multimillionaire has planned, he said he will be making sure his family is taken care of, and that he will be sharing a portion of his wealth with some charities.

He also wants to redecorate his home and plans to commission some custom-made art from Canadian Indigenous artists.

The lucky winner also hopes to travel across Canada and, when it’s safe to tour other countries, he plans to visit Europe and Asia.