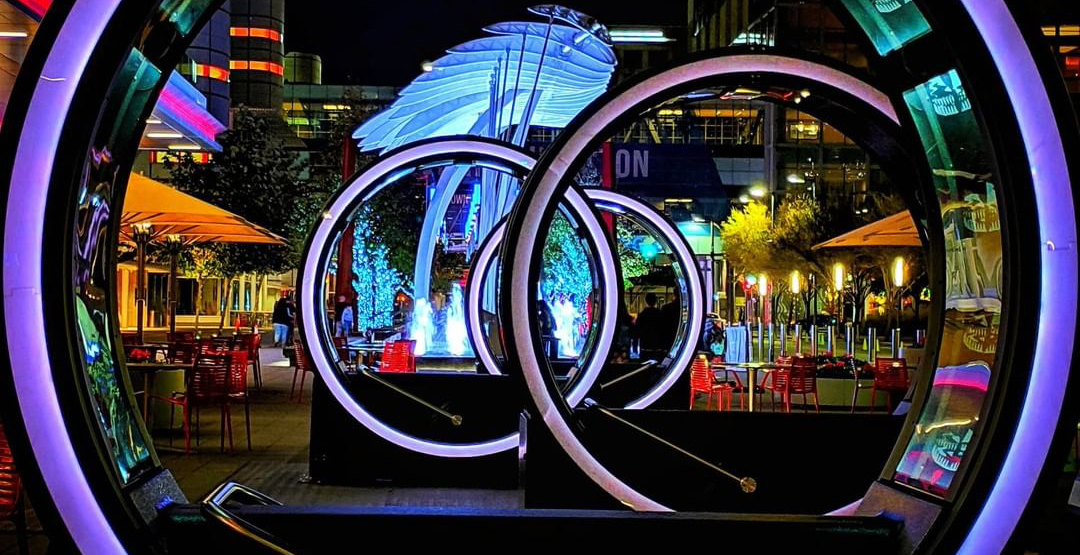 A beautiful and interactive art installation has arrived at Toronto’s waterfront, looking to add some light and wonder to some of the coldest months of the year.

Part of the annual Winter Stations art competition, LOOP, is a “retro-futuristic machine, more than two metres in diameter, creates animated fairy-tale loops,” according to the event’s organizers.

Loop is described as a cross between a music box, a zoetrope (a 19th-century optical toy) and a railway handcar. A zoetrope creates the illusion of a moving image by rotating a series of similar static pictures.

The loop is activated when a group of people work a hand lever, revealing a lit-up image cylinder that creates the illusion of motion in the drawings.

The installation was created by a series of collaborators, including artists Jonathan Villeneuve and Olivier Girouard, and the animation design by Montreal’s Ottoblix, a multidisciplinary creative studio that fuses “animation, graphic design, and interactive media,” according to the company’s website.

The art display has appeared in cities including Montreal, New York, Washington, and more. Loop also won the seventh edition of the Luminothérapie competition in the Quartier des spectacles in Montreal in 2016.

Ottoblix put together a short video that shows off some of the animations you’ll see in within the ring.

For the last three years, Waterfront BIA says it has partnered with Winter Stations to bring interactive public art during the season.

This year, Loop will be installed at York Street Park from January 15 until February 9.