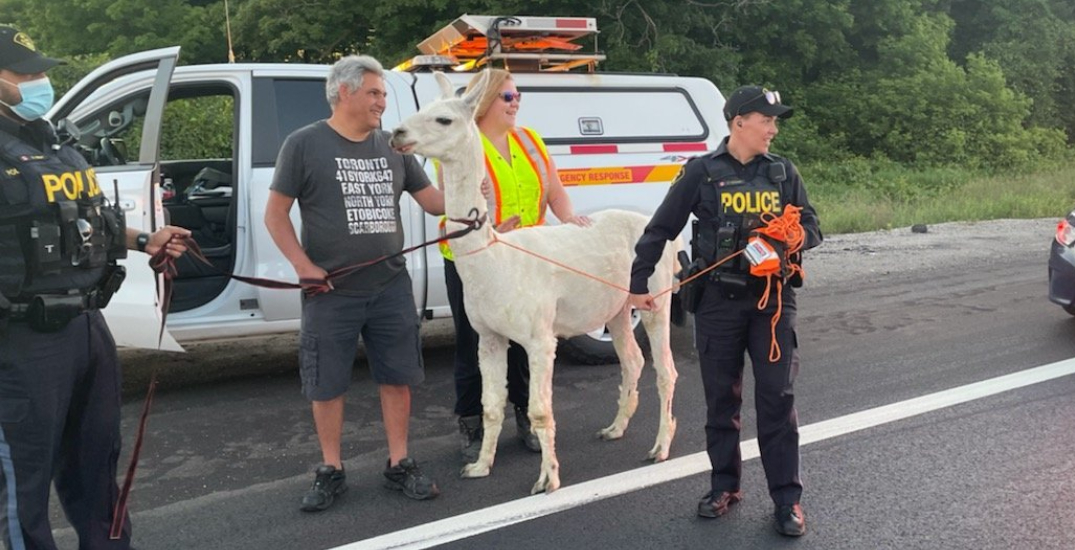 A llama went on the lam on Wednesday evening, disrupting traffic on a major 400-series highway just north of Toronto.

The Ontario Provincial Police (OPP) said the llama was found wandering down the southbound lanes of Highway 400, near Richmond Hill, around 8 pm on June 16.

“Are you missing your Lama [sic]? Please come get him/her and bring your trailer. It appears to be healthy and not hurt,” the OPP tweeted.

“If you have a horse trailer we could use your assistance.”

Happy to report the lost Llama has been reunited with it’s family.🦙🦙🦙 pic.twitter.com/LuMJZ44hEw

The llama drama was resolved by 10 pm when the animal was reunited with its family. The OPP shared a video of the furry fugitive being led into a waiting trailer.

The responding officers added that this was the first loose llama they’d dealt with.

As one Twitter user pointed out, since the llama was found walking south, perhaps it was just trying to get home to its native Peru.