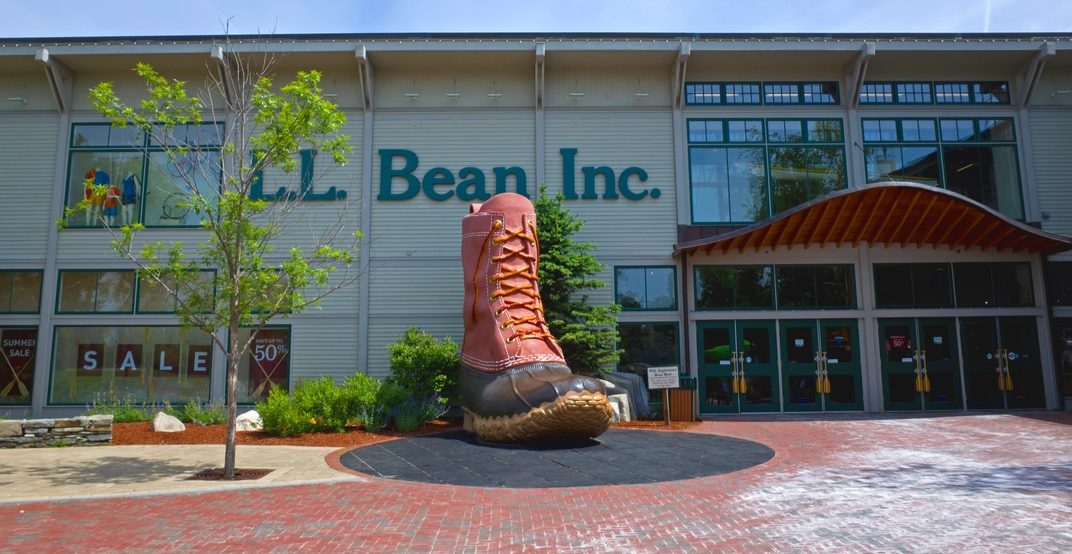 After 107-years of solely operating in the United States, iconic outdoor retailer L.L. Bean is almost ready to open the doors to its first location on Canadian soil.

The Maine-based retailer, which is known for its cozy outdoor essentials like Scotch plaid flannel shirts and Irish fisherman sweaters, announced it’s almost ready to open its new 13,000-sq-ft store in Oakville Place, just outside of Toronto on August 23.

At the new location, shoppers can look forward to L.L. Bean products geared specifically for Canada, along with the retailer’s iconic ‘Bean Boots’ which have been worn by millions since the company was founded in 1912.

Today, the Bean Boots are still handmade in Maine, along with many other items — showcasing the company’s commitment to quality craftsmanship.

In addition to the new brick-and-mortar store, Canadians can also look forward to an even more enjoyable shopping experience, thanks to the launch of the brand’s Canadian-only version of its famous catalogue featuring duty-inclusive prices.

For shoppers outside of Toronto, L.L. Bean will also be featuring a specifically curated offering of apparel and gear in many Hudson’s Bay stores across the country, including the flagships stores in Toronto, Montreal, Calgary, and Vancouver.

“We’ve had a long, meaningful relationship with Canadian customers for decades, so we’re thrilled to be able to give our loyal Canadian fans a true comprehensive, omnichannel L.L.Bean experience, with a dedicated web site, Canadian catalogues, and now L.L.Bean retail  stores,” said Stephen Smith, president and CEO of L.L.Bean.

“As a Maine-based company that shares a lot of commonalities with our northern neighbours, we’re eager to be infusing a bit of the Maine essence and L.L.Bean brand into the Canadian market.”

The grand opening festivities will take place Friday, August 23, through Sunday, August 25, with the first 100 people in line on Friday receiving an exclusive offer. The weekend will also feature games, giveaways, family activities as well as the iconic Bootmobile.

L.L.Bean currently operates 44 stores in 18 states across the US, along with 28 stores in Japan.