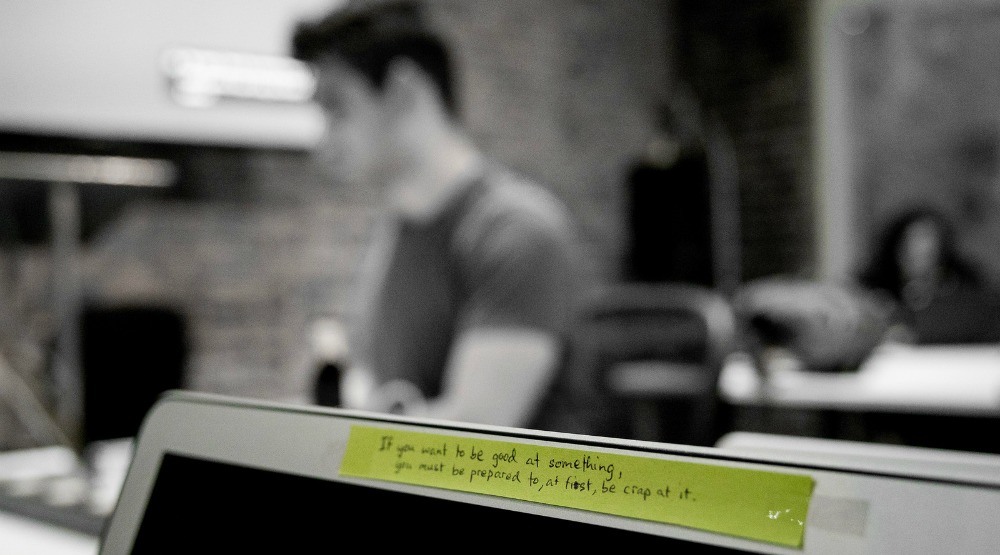 An explorer at heart, Ian Van Den Heuvel’s love for freedom was a requirement even for his education.

His past experience as a computer technician gave him a feel for what a future as a web developer could mean. But his confidence wavered over the pressure to complete a four year computer science degree program. When Heuvel found Lighthouse Labs he quickly saw the benefit of gaining the same skills but within about two and a half months instead.

Now a graduate of the web development bootcamp, Heuvel is a software developer with Edusight, an EdTech company in Toronto.

Daily Hive sat down with Heuvel to find out how bootcamp at Lighthouse Labs changed his life. 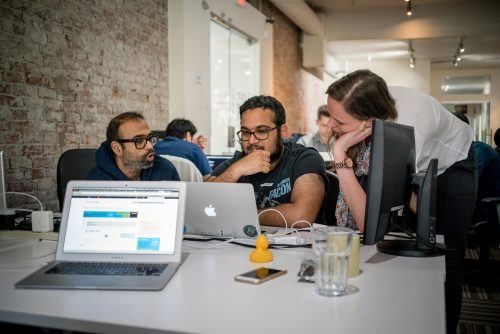 Overall, great! But it started out a little rough. The staff start the day by having everyone, staff and students included, introduce themselves and include a quirky fact or story about themselves. I was between two options and, at the last second, I went for the more ridiculous story. I was hoping for laughs, but got mostly silence. It was awkward. After that though, we got right into work with assistance from the staff and teaching assistants. Everyone was really helpful and understanding of all the students’ lack of coding experience. It was very comforting, considering most people were probably really nervous.

Absolutely! Toronto has exploded with tech jobs and it’s only getting bigger. Having said that, many of the jobs require some previous experience in the industry, so it can make the job hunt a bit trickier.

Tell us about yourself – your personality, your background, hobbies, style, passions, anything!

I grew up in Nova Scotia. I love to travel and have lived in Ireland, Australia and New Zealand along with three other trips to Europe. I also try to get home to Nova Scotia every year. Things are a bit slower, more relaxed there, than Toronto. It’s a nice change of pace. I love craft beer, wine and I have a pretty solid scotch collection on the go – nine bottles and counting. I also love playing video games, puzzle games and first person shooters mostly. I’m also a frequent QI (British quiz show) binge watcher. 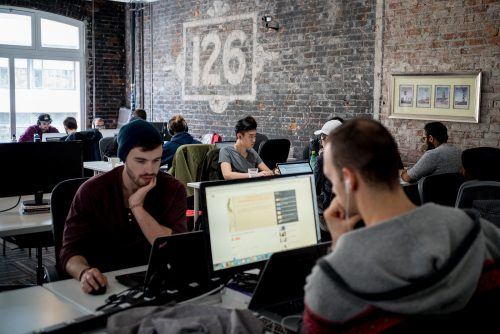 Well, there’s the programming side. Different languages like Ruby, Rails, Javascript, Node, HTML and CSS along with databases like Postgres and sqlite. But I also honed my problem solving skills and started to build some confidence in website design. Part of the course is also career services, so rebuilding my resume with a modern design was great. Also, they really encourage networking, which has a bit of an art to it, in a way.

Friendly, relaxed, ambitious. Most of them have their own startups or incubators, or startup incubators. Many of them have been coding since they were kids. Some were better at the class lecture stuff. Some were better at the live coding and one on one help stuff. They were all just good people that wanted to help all of us achieve something bigger.

What motivated you to enter the Lighthouse program?

I’ve always loved technology and had worked in the industry previously as a computer technician. I got out of it when I moved to Ireland, and have been looking for a way to get back into tech without committing to a four year computer science degree. Also, I had been a hotel concierge for the past eight years – three years while living abroad and five years in Toronto), and I was really ready for a change in my career and a new challenge. 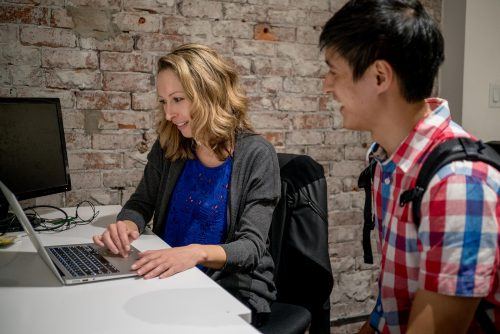 It’s certainly boosted my confidence. It showed me that no challenge is too big, and that change is good – scary, but good. I started 2016 at Lighthouse, and only half way through the year, I can say that this is one of the best years of my life. On top of that, I get married in two weeks, so 2016 is a very good year.

Lighthouse changed me. It changed a lot of people who were in my cohort. If you’re looking for a new challenge and want to get into an amazing industry, bootcamps really do work. Having said that, you have to be willing to work for it. Most days for that two months were 12 hours of hard work plus homework. So, if you enrol, get ready to work your ass off, and you won’t regret it.

Many Lighthouse Labs students are already working as developers or are in the job seeking process – in this case they can talk to the career services department. The web development bootcamp and iOS development bootcamp last for a duration of eight weeks in person, are full-time immersive, include a four week remote prep course, with a 7:1 student to teacher ratio. Each are designed to launch you into your first Junior Developer role.

To celebrate the launch of its new Full-Stack Web Bootcamp curriculum, Lighthouse Labs has released its Early Bird Challenge. Activate the puzzle, solve the clues and you could score $500 off their Web or iOS Bootcamp. Click here for details.