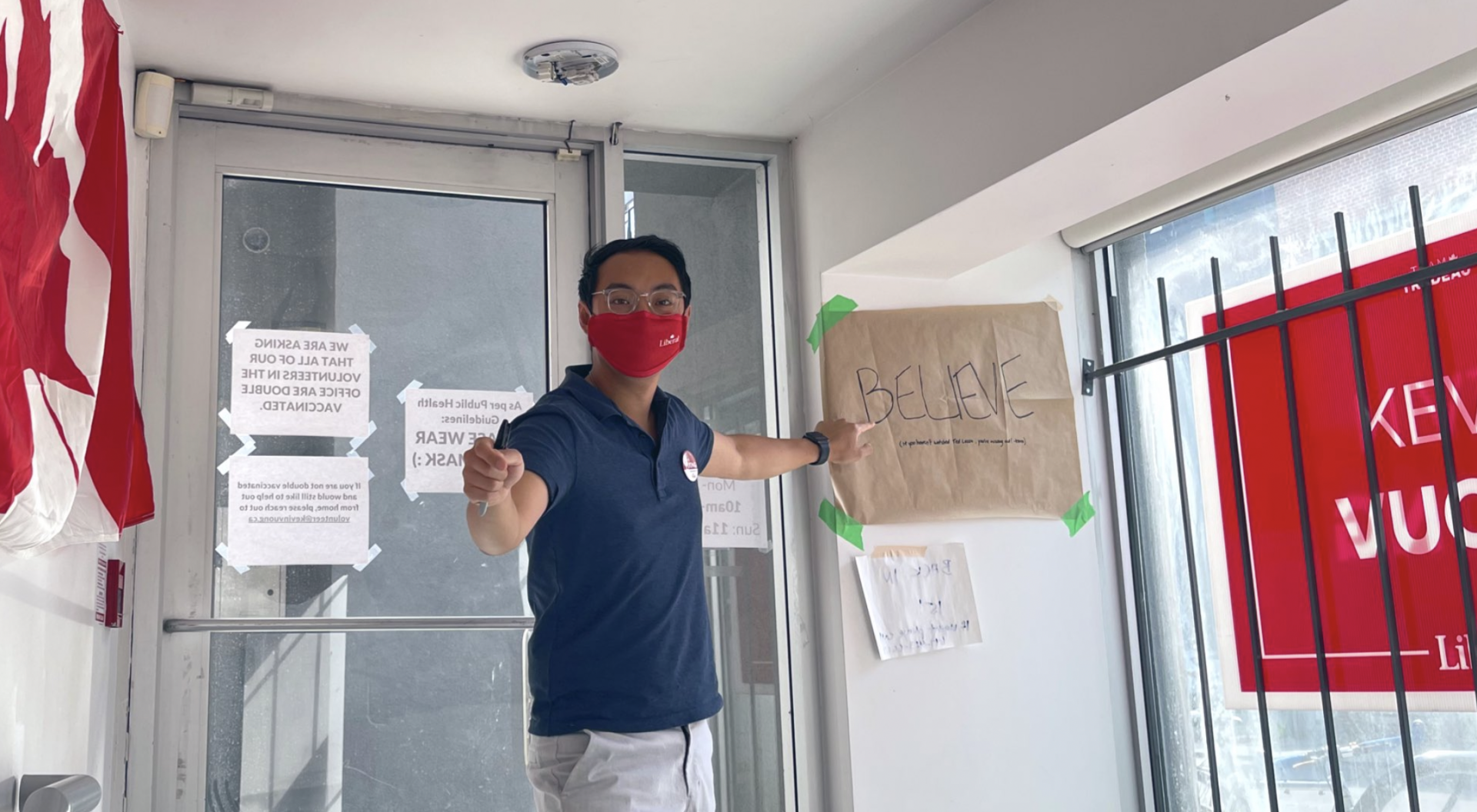 The federal Liberals say a candidate in downtown Toronto will no longer run under their banner after it came to light that he had previously faced a sexual assault charge that was later dropped.

The party said Friday it had learned of the allegations against Kevin Vuong through a report in the Toronto Star a day earlier, and had asked him to “pause” his campaign.

But the party released a statement this morning saying Vuong won’t be a Liberal candidate anymore, and if he’s elected to represent Spadina-Fort York on Monday, he will not be a member of the Liberal caucus.

Vuong denied the allegations against him in a statement Friday, and noted the charge was withdrawn.

Court documents confirm Vuong was charged with sexual assault in 2019 and that the charge was withdrawn later that year.

Spadina Fort-York was previously represented by Liberal Adam Vaughan, who is not running again in 2021.