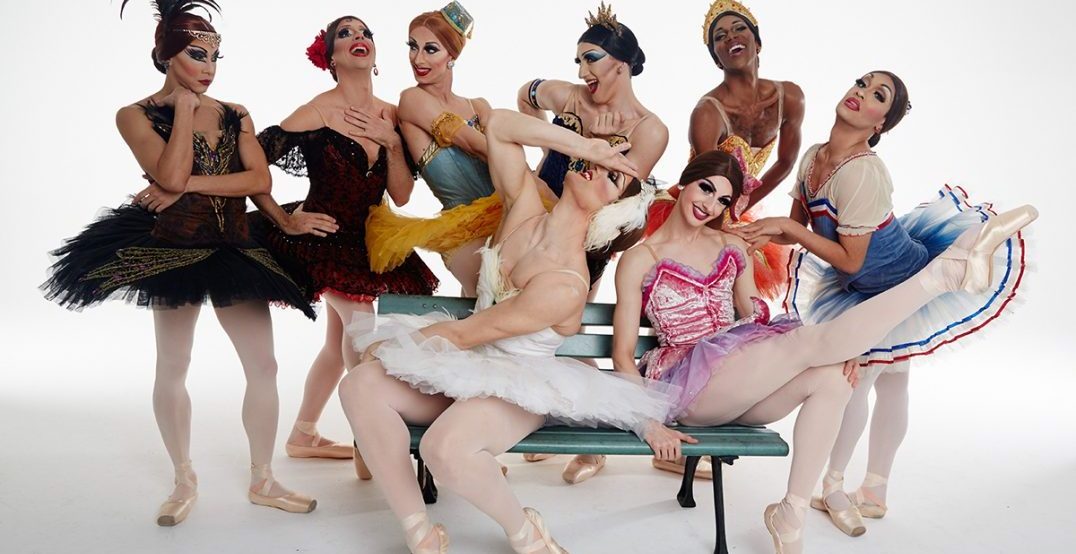 The all-male drag ballet company Les Ballets Trockadero de Monte Carlo have reached world recognition for their innovative reimagining of ballet. And now, Brooke Lynn Hytes – a RuPaul’s Drag Race alumna and former Trocks dancer – will be joining the dance company for all of their Toronto performances on March 7 and 8 at the Winter Garden Theatre.

A Toronto native, Hytes received her dance training at the National Ballet School of Canada and travelled with Les Ballets Tockadero de Monte Carlo as principal ballerina in 2008, working with the company for four years. Hytes was the first Canadian to appear on RuPaul’s Drag Race and finished as the runner-up on season 11 in 2019.

Tickets start from $35 and people can enter a contest for a chance to win a meet and greet with Brooke Lynn Hytes and Trocks dancers.

The anticipated performance will feature both contemporary and classical ballet works with the comedic touch the dance company is known for — perfect for brand-new ballet attendees. Swan Lake, the company’s mainstay show will be performed with modern works announced from the stage during the Toronto shows.

Founded in 1974, the New York-based company has presented satirical performance of ballet classics, performing in over 30 countries since their inception.

“We are thrilled to welcome the Trocks back to Toronto for a reunion with their former Canadian compatriot, Brooke Lynn Hytes, a future permanent judge on Canada’s Drag Race,” says Svetlana Dvoretsky, president and executive producer of Show One Productions. “The Trocks offer a welcome respite from our challenging times, demonstrating the best of ballet and comedy with their unique brand of unbridled positivity.”