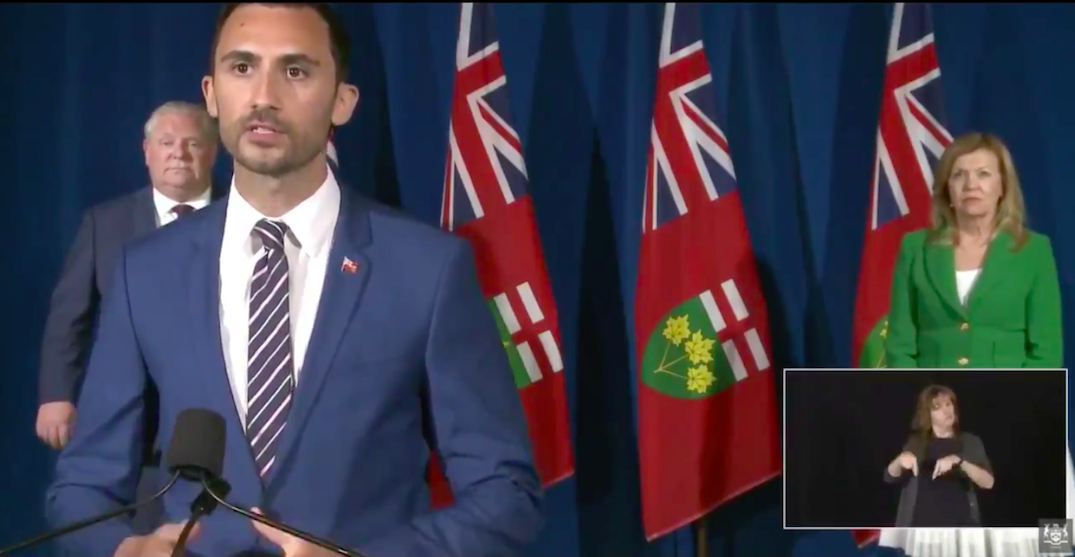 On Friday, Education Minister Stephen Lecce is expected to announce the plan for Ontario schools reopening in September.

The announcement is expected during the province’s daily briefings with premier Doug Ford.

On June 3, Lecce said that the plan is for schools to reopen come the fall with a more detailed plan to be provided towards the end of the month.

“By the end of June we want to give some certainty to everyone that we have plan that will keep your child safe but allow them to return to school in the fall,” Lecce said at the time.

“This is the plan for September. And we will obviously build a protocol that gives confidence to parents but also our staff as well.”

The Education Minister’s expected announcement comes a day after the Hospital for Sick Kids released their safety recommendations for schools reopening.

The recommendations said that schools should limit larger gatherings, allow for enhanced cleaning and hand hygiene, prevent children from sharing food and drinks, and to ensure classrooms are ventilated with open windows when possible.

However, face masks are not recommended to wear, as they are deemed “impractical” for a child to wear for the duration of the school day.

“Not opening schools in September would continue to have a negative impact on the mental, behavioural and developmental health of children. We hope these recommendations help provide a framework to keep everyone safe when school doors reopen,” Dr. Ronald Cohn, President and CEO of SickKids said in a statement.

Ontario schools have been suspended since mid-March, with children learning online with the Learn at Home program, which offers curriculums for Grade K to 12 and lessons for basics like reading, writing, math, and science skills.

Lecce will be joined by Premier Doug Ford, Health Minister Christine Elliott, to make the announcement at 1 pm at Queen’s Park.