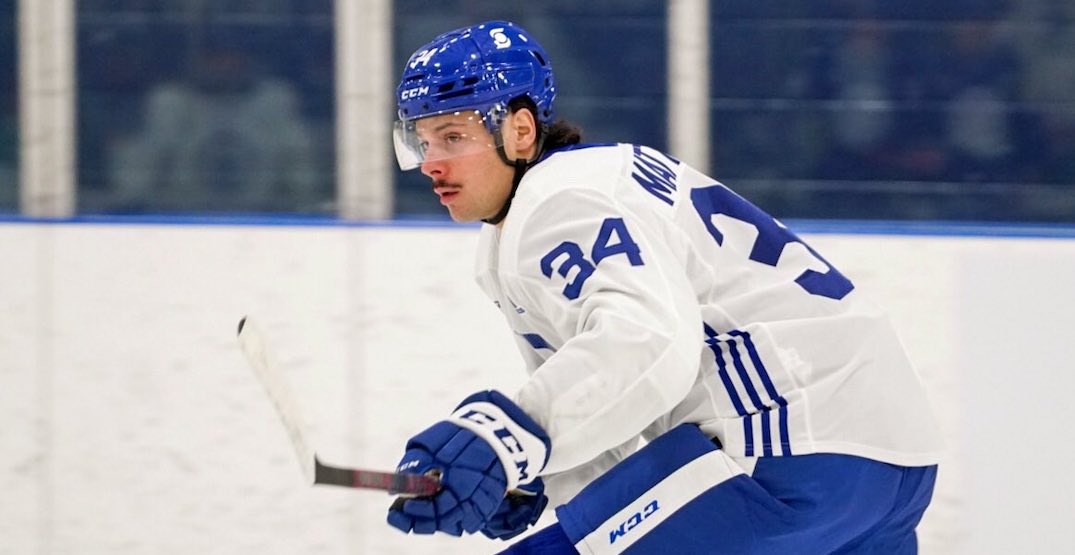 The Toronto Maple Leafs will be without two-thirds of their top line tonight.

Leafs head coach Sheldon Keefe told reporters this morning that Auston Matthews will not be playing against the Edmonton Oilers tonight and is day-to-day due to “upper-body soreness.”

Joe Thornton has a rib fracture, will miss at least a month.

The news is even worse for Joe Thornton, who will miss at least a month with a rib fracture that he suffered during Wednesday’s game. He was placed on long term injured reserve by the team.

Matthews’s injury is believed to be “precautionary and short-term” according to Sportsnet’s Chris Johnston.

Auston Matthews is out for tonight's game vs. Edmonton with a minor injury. His absence is believed to be precautionary and short term.

Keefe added that he’s “not too concerned” about Matthews’ injury and that there was a possibility he could play tonight, but they wanted to give him some more time to heal.

Matthews received 24:14 of ice time in Wednesday’s loss to the Oilers and he also left practice early yesterday as Keefe said he “just wasn’t feeling that great.”

Both of these injuries require the team to rearrange the lines, only a day after putting young forward Nick Robertson on long term injured reserve.

Keefe said that the plan moving forward is that Pierre Engvall, Alexander Barabanov, and Adam Brooks will come into the lineup.

The Maple Leafs and Oilers will meet again tonight at 7 pm ET on TSN.