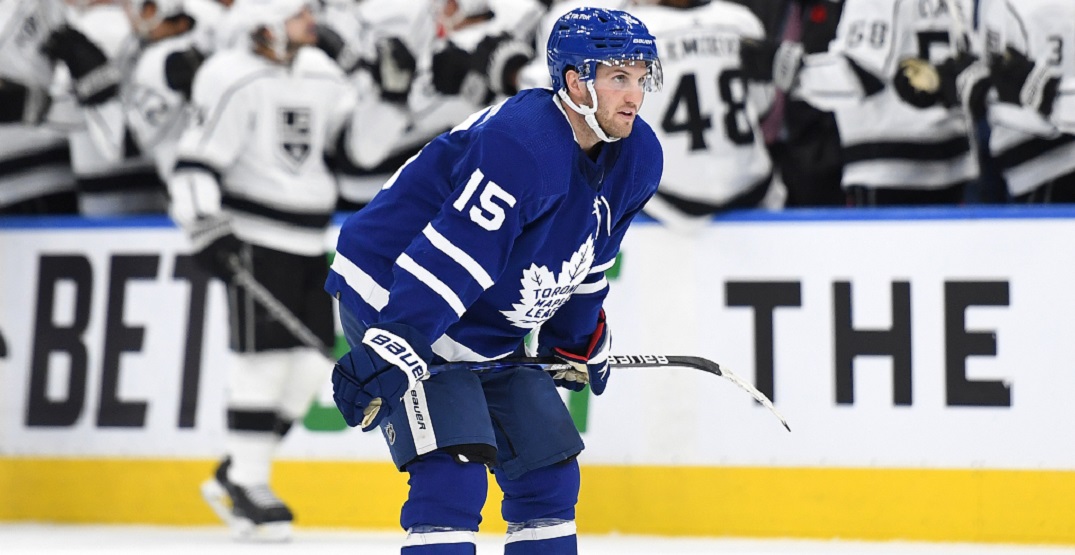 After a five-game win streak, the Toronto Maple Leafs’ latest run as the hottest team in the NHL came to an end on Monday evening.

A 5-1 loss to the Los Angeles Kings dampened Toronto’s mood following a stretch where they knocked off tough opponents, including Tampa Bay, Boston, and Vegas.

On Monday, Toronto outshot LA 34-29 but couldn’t overcome a 2-0 first period deficit. Two Kings goals in the game’s final five minutes pushed the game out of reach. What could’ve been a decent comeback win turned into a disappointing blowout loss where they scored just once.

Head coach Sheldon Keefe said he’s searching for answers on how the Leafs can get more out of themselves, as they’re now back to a record of 5-4-1 in their last ten games.

“That’s what we’re trying to get out of — this team that plays great one night, has lots of urgency and has a recipe to win consistently, and comes out the very next game and isn’t the same group and doesn’t have the same level of urgency against a different opponent,” Keefe said post-game.

When it comes to points percentage rankings, the Leafs are smack dab in the middle of the NHL at 16th with their .577 mark. They’re on pace to make the playoffs for the sixth consecutive season, but should have higher expectations than simply making the postseason.

But there’s enough evidence to suggest that early in the season, the Leafs are just victims of bad luck more than anything else.

Here’s why Toronto has been the unluckiest team in hockey to start the year:

For a long time, the identity of the Leafs has always been a high octane offence that can score at will. Looking at MoneyPuck.com‘s expected goals (xG) numbers from last night’s game alone, it seemed like the Leafs were on pace to do that once again. Toronto put up an xG of 3.56 to 2.31 at 5v5 compared to LA, and a 4.32 xG to 3.29 at all strengths.

Even in a blowout loss, Toronto was driving the play in what’s been a microcosm of their season.

Per MoneyPuck, no team has a higher expected goals output as a whole this year than Toronto’s 47.26. In reality, they’ve only scored 33 goals, meaning they’re about 14 goals shy of their predicted total. Outside of Dallas (who’s scored just 24 goals compared to an expected total of 34.29), no other team in the league is 10 goals or more off from their xG so far this year.

In short: the Leafs are creating tons of chances, but putting them in the net hasn’t always been easy.

Attributing Toronto’s finishing issues to just bad luck might be simplistic, but it’s hard to argue that the Leafs are ranking where they should be compared to the rest of the league.

Where should the Leafs be ranking?

It’s hard to say if either are the “true” Leafs, but there’s no denying that the numbers don’t exactly look great.

In seven games this year, the Leafs have scored two goals or fewer, accounting for over half of their 13 games. They did that just 17 times all of last season in 56 games or less than one in every three.

It’s a long season, but any way you slice it, you’d expect the Leafs to score a bit more than they have this year. For now, their best bet is to keep driving the net hard, as the numbers suggest they’re doing all the right things to return to being one of the league’s best offences.