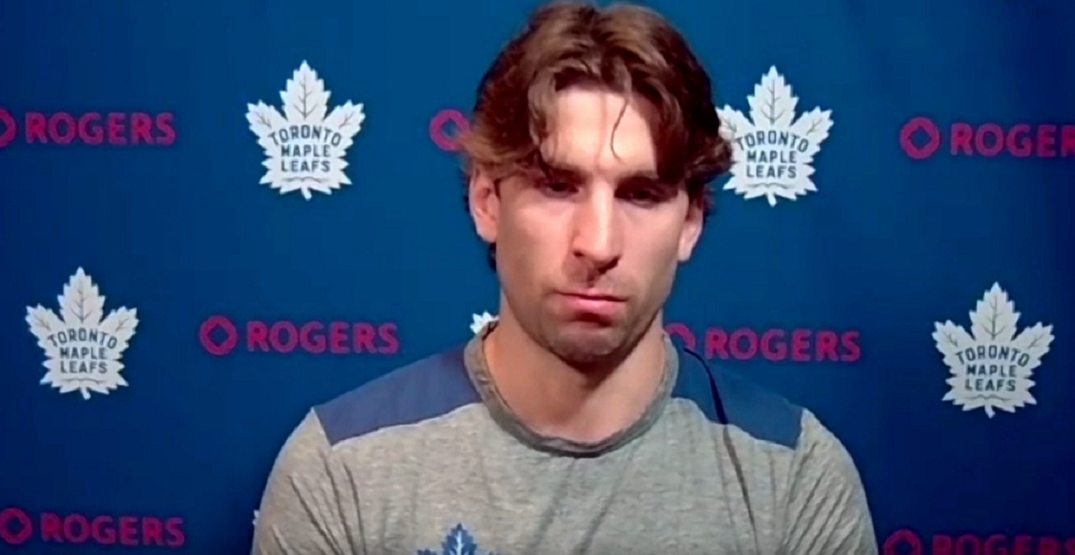 Toronto Maple Leafs captain John Tavares says he doesn’t remember anything about the hit that ended his season.

Around 10 minutes into the first period of Game 1 of the team’s first-round matchup against the Montreal Canadiens, he was hit by the Habs’ Ben Chiarot before colliding with Corey Perry’s knee. A lengthy stoppage followed as Tavares was escorted to hospital.

“I’ve never been through anything remotely close to it,” Tavares said of the injury that was confirmed to be a concussion. “I know how traumatic it was for my family, especially how many times they saw it.”

He also said he hasn’t seen the video of the hit or his attempt to get up afterwards.

“When I was talking to them at the hospital that night, even the next day and even talking to a bunch of my teammates, people in the organization, over the following days, just even the looks on their faces, even just talking about it made me realize that it was pretty significant.”

He does, however, remember a little bit about getting stretchered off the ice and really started to piece things together while in the ambulance.

“Maybe I will watch it, I’m not sure,” Tavares said. “I just don’t think I’ve really tried to focus on that. I’ve just tried to get better.”

Tavares’ absence was apparent through much of the series, as the Leafs outscored the Canadiens 18-14 in the series but failed to win any of the final three games after taking a 3-1 lead.

With two overtime losses in Games 5 and 6 and a one-goal regulation loss in Game 1, it is easy to wonder if Tavares being healthy and an offensive contributor could’ve turned the tides in Toronto’s favour.

For now, though, Tavares is taking his time off to get himself to a place where he’s comfortable playing hockey again. He skated twice these last two weeks, once in a solo session before joining the Leafs at practice Monday prior to Game 7.

“I think it’ll be a continued part of my recovery process,” Tavares said. “Not just my physical health and how I feel, but even just a psychological standpoint going through something like that. And the challenges that brings and something that I’ll work out and know that there will be an important part of my recovery.”

Tavares also spoke about teammates Auston Matthews and Mitch Marner, who have been heavily criticized after combining for just one goal in the playoff series.

“I think no one wants it as bad as them,” Tavares said. “I see it and who they are as teammates as people as leaders of this team, not just on the ice, but often throughout the offseason, their dedication and their work ethic.”

“You know how driven they want to be,” Tavares added. “At the biggest times of the year and, every player, every team … especially the elite ones like they are, go through many different challenges throughout a career, to face adversity to get to where they want to get to.”