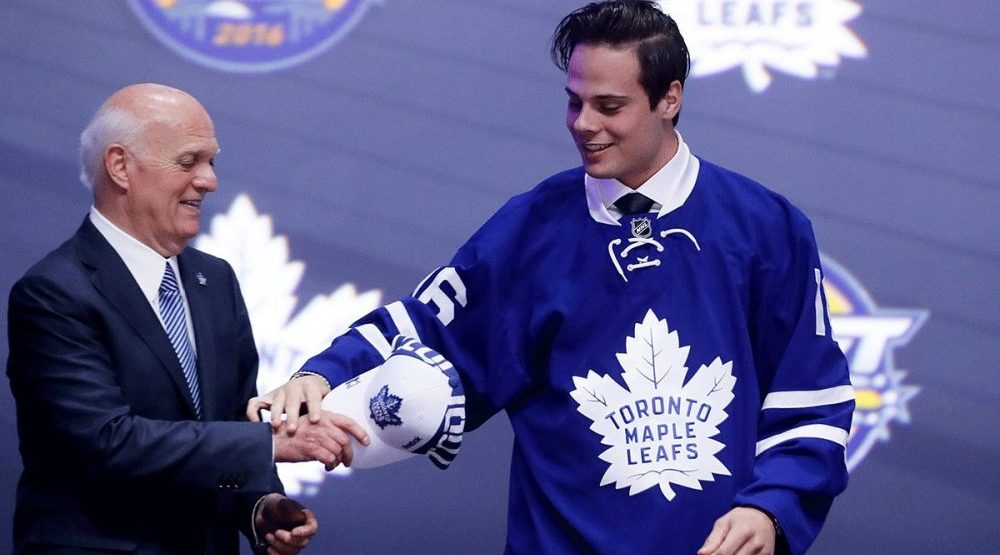 The three-year entry-level contract for Matthews comes with the maximum salary and bonuses allowed. This is expected for a player of his calibre, though some wondered if Lamoriello’s New Jersey history of limiting bonuses could be a factor here. This doesn’t seem to be the case.

Lamoriello says when he came to Toronto he decided that he wouldn't be operating the "New Jersey way."

There’s no need to give a player like Matthews anything but the maximum allowable contract. He’s already proved he can play against men by putting up 46 points in 36 games with Zurich in the Swiss League, so he comes to the NHL more prepared than your average prospect.

At 6’2″, 210 pounds, Matthews won’t be at a disadvantage physically, and he’ll turn 19 before the start of next season. He certainly has all the tools to make a major impact as early as next season.

The funny/sad thing is: if Matthews is the player most think he is, even a contract with max bonuses will mean he is severely underpaid.

Matthews missed the cut-off for the 2015 draft by only a few days, and had he been in that draft, most scouts had him going third – after Connor McDavid and Jack Eichel. That was before he put up 46 points in a pro league.

Last season as rookies, Eichel had 57 points and McDavid was scoring at a point-per-game pace. Will Matthews fall somewhere in between with a 60-70 point season?

It doesn’t seem completely unreasonable, but even a total of 50-55 points combined with good defensive play would be a promising start. The young centreman has gotten praise for his play at both ends of the ice and even drawn some comparisons to Jonathan Toews.

#Leafs having a busy day, signing Auston Matthews to an entry-level deal and RFA Josh Leivo to a two-year deal.

The Leafs also announced the signing of Josh Leivo to a two-year, one-way deal today. The 23-year-old spent the majority of last year with the Toronto Marlies where he had 48 points in 51 games. He proved he could score at the NHL level in twelve games last season, potting five goals to go along with a +2 rating.