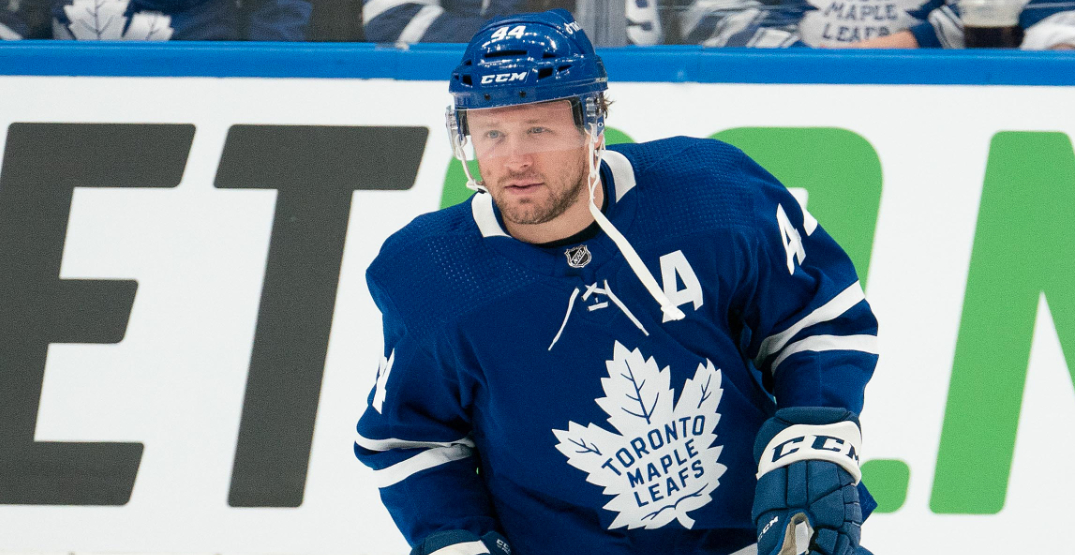 Add Morgan Rielly to the growing list of NHLers currently in COVID-19 protocol.

Rielly and an additional Toronto Maple Leafs staff member were added to protocol Thursday, pushing the team’s total to 12 players.

The Maple Leafs have placed defenceman Morgan Rielly and an additional staff member into the NHL’s COVID-19 protocol.

Rasmus Sandin, Ilya Mikheyev, David Kampf, and Petr Mrazek were added to the COVID list Tuesday, as was goaltending coach Steve Briere and a member of the team’s medical staff.

Half the Leafs’ opening night roster is sidelined due to COVID-19, including both of their goalies. Mikheyev missed opening night due to an injury.

In all, over 140 players have entered into COVID protocol since December 11, according to CapFriendly, more than 15% of the league.

The NHL entered Christmas break early as a result.

Players will return to facilities for testing on December 26 — one day earlier than scheduled. Any practice scheduled on Boxing Day must start after 2 p.m. local time.

The NHL plans to return to play on December 27.

The NHL and NHLPA agreed to postpone five games Thursday and will start the holiday break after the games Tuesday. Teams can resume practice Sunday.https://t.co/ZDGrFfOHJ9