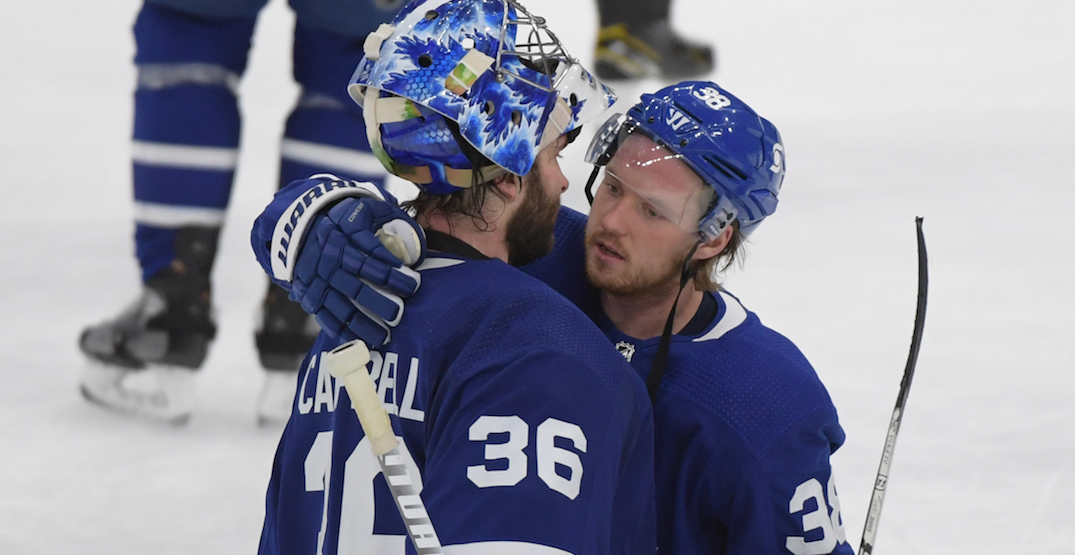 Four more Toronto Maple Leafs players, plus a coach, have been added to COVID-19 protocol.

Half the Leafs’ opening night roster is now sidelined due to COVID-19, including both of their goalies (Mikheyev missed opening night due to an injury).

Other Leafs players currently in protocol include: John Tavares, Alex Kerfoot, Wayne Simmonds, Jason Spezza, Travis Dermott, T.J. Brodie, and Jack Campbell. Players and staff that tested positive in Vancouver were flown back to Toronto in a private plane.

Nine of 10 games on the NHL schedule for tonight have been postponed, as have all games previously scheduled for Wednesday and Thursday. The NHL plans to return to play on December 27, but there are sure to be more postponements coming.