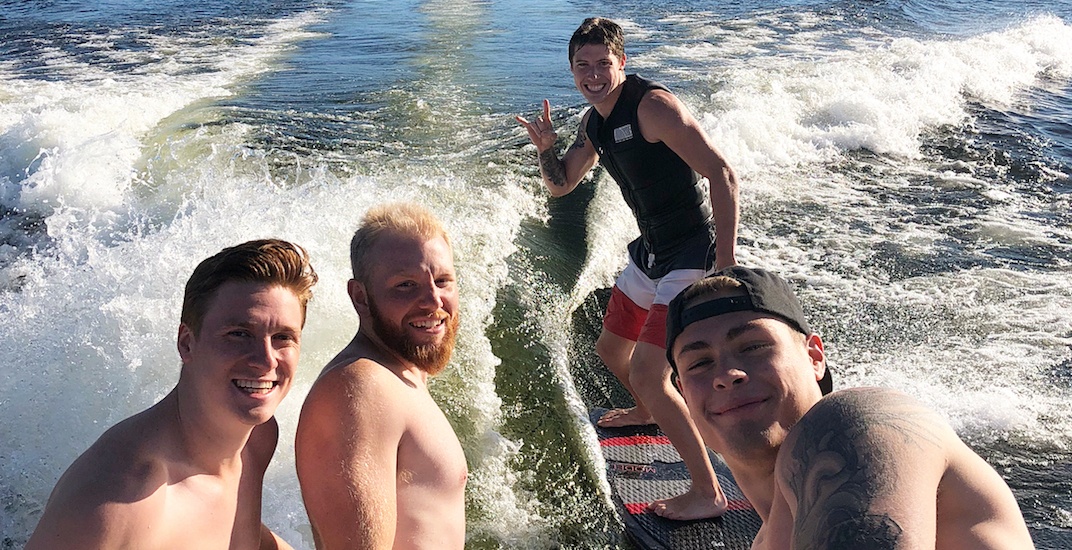 The Toronto Maple Leafs’ heartbreaking Game 7 loss to the Boston Bruins in the first round of last spring’s playoffs left a bitter taste in what was otherwise an excellent season for the team.

But what better way for the players to get their minds off the tough ending than a summer full of adventures with friends and family.

With that in mind, here’s a look around social media to see what the Leafs have been up to this summer.

After overwhelming support for my new corn rows, I have decided to add not only the corn rows to my permanent wardrobe, but also this new speedo.

Kasperi Kapanen’s another young Leaf who hasn’t quite grown up yet – shameless in admitting he’s still a mama’s boy.

Mitch Marner kick-started his acting experience by featuring in a couple of hilarious commercials.

Good looking group of rookies this year. Good thing myChevrolet Skill for Alexa lets me fire up my car from inside when I need to make a quick getaway. @ChevroletCanada #AskAlexa #Ad

No days off for me. @intact_insurance summer internship here I come #IntactMM16 #ad

Intact Insurance would also end up being the sponsor for the Marner All-Star Invitational – a weekend hockey tournament set up to raise money for children’s charities in the community.

This is why we do it. Thanks @intact_insurance for making it all possible. We made an assist for the kids. #MakeAnAssist

Marner isn’t the only one working for a good cause, as Zach Hyman organized a golf tournament to raise money for kid’s charities as well.

Thank you to all the volunteers, sponsors, and players who made this possible! ⛳️ It was an amazing day raising money for youth charities to help kids achieve their dreams!

Hyman also held an event at Indigo following the release of three children’s books that he authored.

Excited to be signing my books at Yorkdale tomorrow at 11 AM! Looking forward to meeting everyone! 📚

After vacationing in Monaco with his younger brother Alex, William Nylander travelled to Norway to compete in a charity hockey game alongside other Swedish NHLers like Henrik Lundqvist, William Karlsson, and Oliver Ekman Larsson, among others. 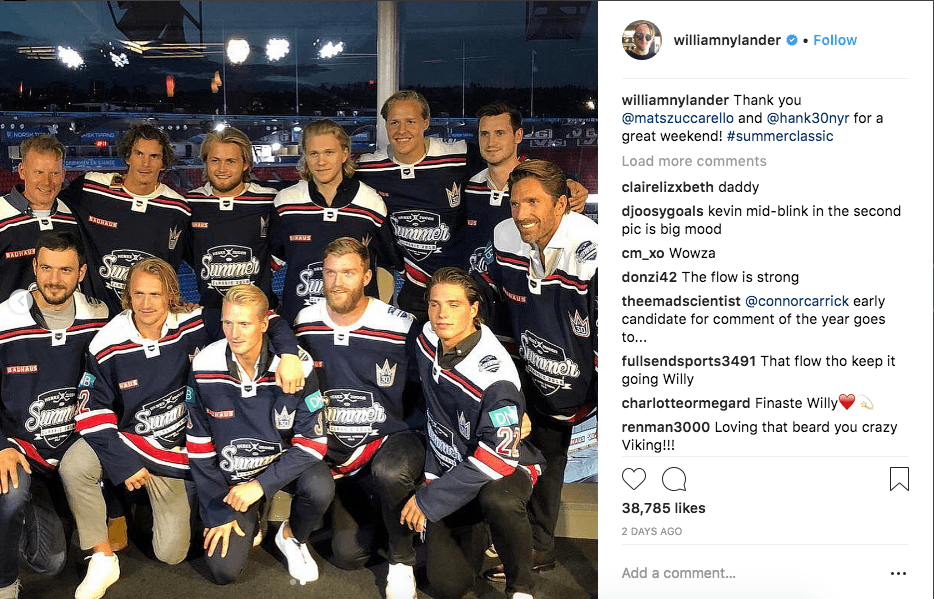 Nylander was also announced as the NHL 19 cover athlete in Sweden.

Connor Carrick vacationed in Hawaii and Italy before getting married to his partner Lexi.

Preview of our beautifully executed and wildly entertaining wedding. We loved our day. We have never experienced such surrounding love and celebration. Our friends and family showed up in a massive way to gift Lexi and I with our love’s favorite evening. #gettingcarrickedaway @mirarweddings – this photo and video @kdoyle0422 – hair @jcarcolor – makeup @kylejohnphoto – photography @shannongailweddings – day of planner S/O to Samantha @bkobeatmix – the most amazing band EVER. @kehoedesigns – decor @esqclothing – tux @langhamchicago – venue

Nazem Kadri made the Lebanese Dabke dance go viral with the help of his Leafs’ teammates at the 27-year-old’s wedding.

The #MapleLeafs showed off their dance moves at @43kadri’s wedding! . #Repost @bardown . (🎥: @bassamsaleh1)

Since then, he’s gone swimming in the Mediterranean.

Another Leafs wedding went by when newly-signed Leaf John Tavares got married to his long-time girlfriend Aryene.

The FIFA World Cup craze sparked an interest in soccer for Leafs’ defenceman Nikita Zaitsev. NHL players like Alex Radulov and Nikolay Goldobin were quick to join in on the action.

Frederik Andersen met up with former Anaheim teammate Hampus Lindholm to attend the Formula One Canadian Grand Prix in Montreal.

Andersen’s continued travelling to popular sporting events; most recently attending Rogers Cup tennis and US Open golf. Below he is pictured with tennis star Rafael Nadal.

Great night of tennis! Thanks for having me @rogerscup

Great weekend at the US Open with these gentlemen

Porsche then gave Matthews the opportunity to race in one of their cars at a track in Oakville with Frederik Andersen.

What a day ! Thanks @porschecentreoakville @policarogroup for having the boys out on the track 💨

Josh Leivo travelled to Mexico for a vacation with Marner and Matt Martin.

“Hockey player” is the last thing you think of when you see Curtis McElhinney out during the summer.

Need the big hat for this heat.

Morgan Rielly continued his annual tradition of fishing in the offseason.

The 24-year-old also went home to Vancouver, where he made an appearance at the Boys Club Network.

@morganrielly – Super D and Alternate C for Toronto @mapleleafs, and longtime BCN mentor, spent the morning with us at summer camp. Sooooo many questions from our north shore boys, plus a committed handful of visitors from our Langley chapter @acss.totems . Morgan is a favourite mentor of the boys from all chapters, and his fantastic advice is as relevant today as it was when he was in high school. “Keeping your moral compass pointed in the right direction is the most important thing in life.” He reminded the boys that of course it’s ok to make mistakes, everybody does; what matters is learning from mistakes and pressing on in a better direction. So true! In spite of his superstar standing, Morgan is incredibly humble and gracious (he wouldn’t even stand in front for the group shot). During every visit, Morgan tells the boys to remember that, as hard as it may be to believe, high school isn’t the show and it's not forever. Sure, it may look and feel like all that matters when you’re in it, but it will end and then real life happens, so be ready. “Stay focussed on what you want and work hard for it – particularly when making hard choices like not partying too much, and being 100% committed to your vision – sports practice, family, homework, whatever your thing is." Another awesome tidbit … “Be kind. Thinking of other people and making them feel confident and comfortable, makes you a leader just in the doing.” Morgan’s parting shot (pun intended) came in the form of an answer to a question about how it feels to be famous … "the profile doesn’t reflect who I am as a person, but it does allow me to do important work like this, like BCN. And for that I am extremely grateful.” How cool is that? A huge BCN thank you to you Morgan, for walking the talk and for taking time out for the boys, yet again! We are all super proud of you! #mentor #leadership #leadyexample #education #hockey #BCNTorontoherewecome @wmustapich