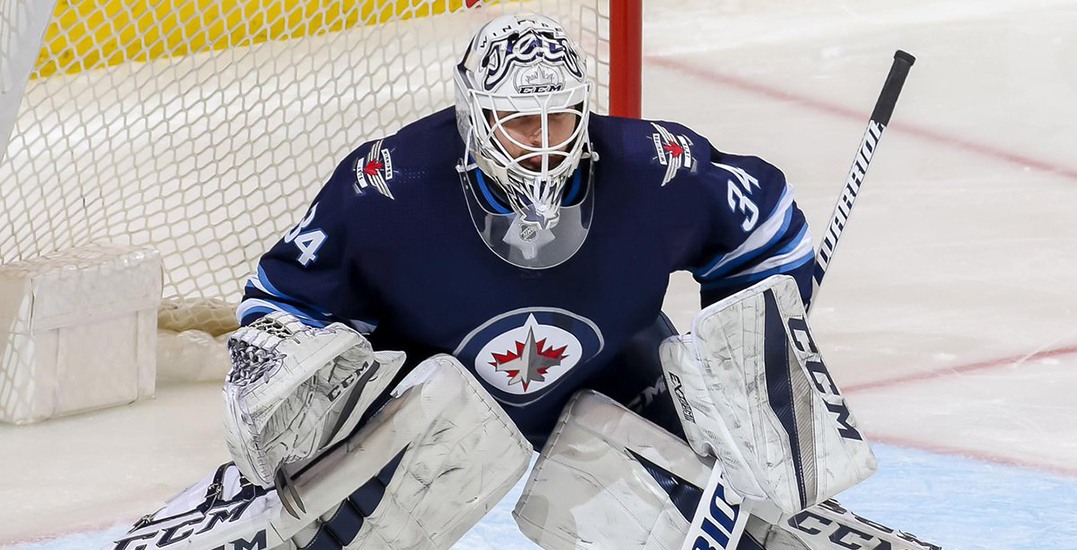 The Toronto Maple Leafs and the Florida Panthers have made a trade.

The Leafs have acquired goaltender Michael Hutchinson in exchange for a fifth-round pick in the 2020 NHL draft.

Hutchinson, 28, made his debut for the Winnipeg Jets during the 2013-14 season. After several years spent with the Jets, the Barrie, Ontario native signed with the Panthers this past off-season.

Hutchinson’s ice time this year has been scarce, to say the least. The 6-foot-3 netminder played just four games for the Panthers and eight games for the Springfield Thunderbirds, their AHL affiliate. Through 106 NHL games in total, he is 44-40-13 with a .907 SV% and a 2.70 GAA.

The former Panther joins a Leafs team that’s dealing with injury woes within the crease. Starting goaltender Frederik Andersen is listed as day-to-day with a groin injury.

The Maple Leafs organization has stated that at this time, Hutchinson will be reporting to the Toronto Marlies.