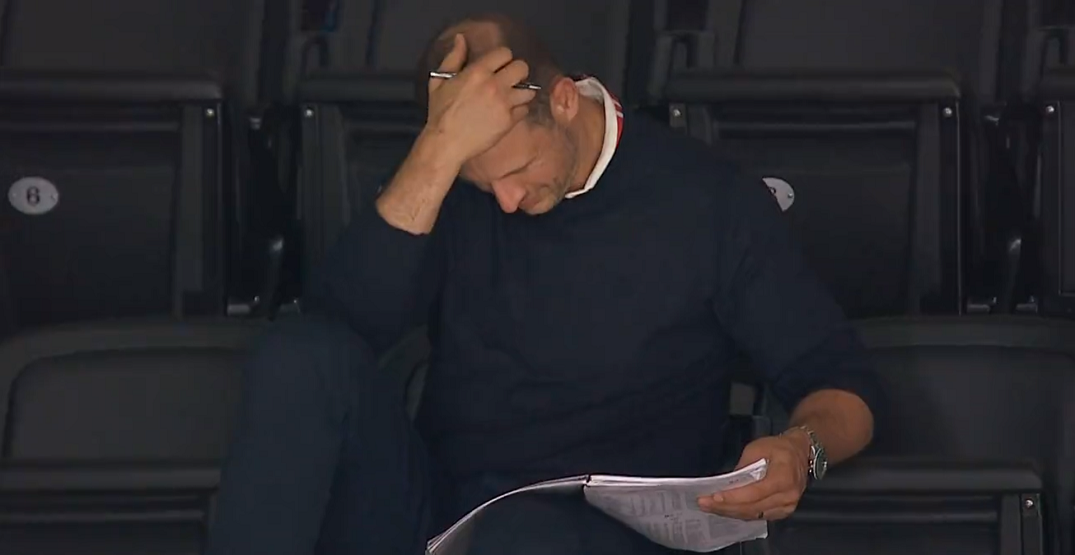 Toronto Maple Leafs scout Jason Spezza forged a reputation during his NHL career for being a true blue-collar player on the ice.

Spezza played 19 seasons for the Senators, Stars, and Maple Leafs, where he had 363 goals and 632 assists in 1,248 games in a more-than-remarkable career.

So it’s no surprise he’s taking his new job very seriously when trying to find the next big thing.

Spezza retired in May amid speculation about his future and immediately joined the Leafs’ scouting staff.

During a game at the Hlinka Gretzky Cup in Edmonton, Alberta, Spezza was caught by the TSN cameras, well, taking notes about the players on the ice.

How new scout Jason Spezza watches games vs. how his veteran counterparts do 🤣 pic.twitter.com/Ll8Q1DSmhb

Maybe taking notes isn’t something exactly out of place for a scout, but it certainly wasn’t the norm on Wednesday in Edmonton. TSN also showed Steve Yzerman, Ron Hextall, Kevin Chevyldayoff, who didn’t have a notebook anywhere near them, while Spezza was repeatedly shown making notes.

“It is difficult to describe just how much of a lasting and positive impact that Jason Spezza made in his three seasons with the Maple Leafs,” said Leafs GM Kyle Dubas at the time of his retirement. “Jason’s passion for the game of hockey, his desire to continuously push himself and his teammates to improve, as well as his capacity to make strong connections with all members of the organization, have been invaluable.”

“I’m very grateful to the Leafs for the amazing opportunity to transition into this new role,” Spezza said back in May. “It enables me to continue to follow my passion; learn and live new experiences within the game I love.”