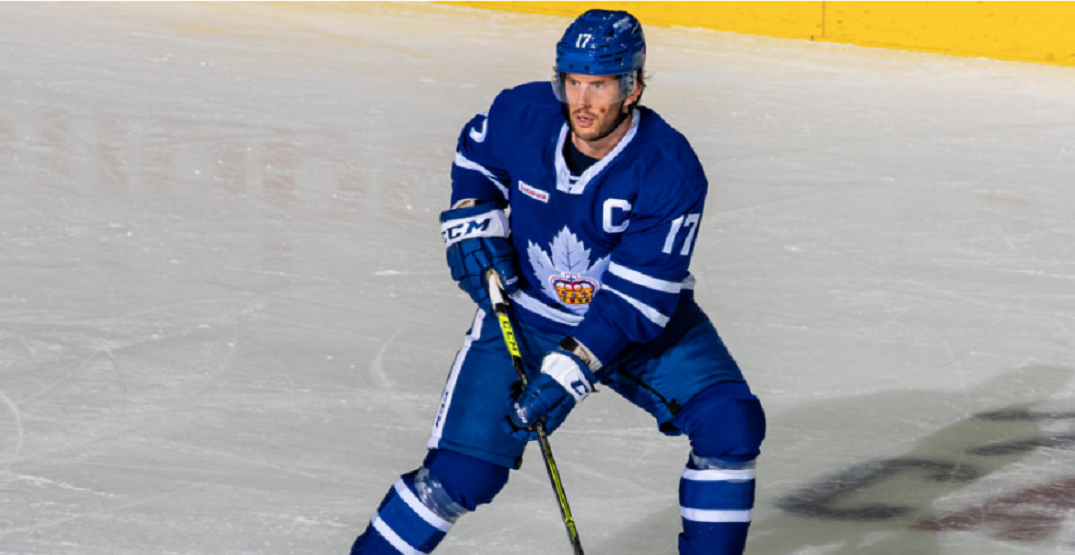 After 16 years as a professional player, Clune announced his retirement on Thursday, while also picking up a new job in the Leafs’ player development department.

In the NHL, Clune played five seasons for the Predators, Kings, and Maple Leafs. He had seven goals and 15 assists in 139 games.

But it was his veteran presence on younger players in the AHL that he was most known for, being named the Marlies’ captain in 2020.

In seven seasons with the Marlies, the Toronto native scored 25 goals and 34 assists in 256 regular season games. He also tallied five points in 20 playoff games, while winning the Calder Cup championship with the Marlies on home ice in 2018.

“Rich is in a class of his own when reflecting on the impact he has made on the Toronto Marlies,” said Leafs assistant general manager, Ryan Hardy. “He is celebrated by all those who played and worked with him for the professionalism he exhibited day in and day out, the contagious energy that extended from the gym to the ice and the compassion he demonstrated for his teammates and all members of this club. We’re thrilled to have him join the player development staff and to continue delivering his invaluable support and guidance within our organization.”

Clune joins Jason Spezza as the second ex-Leaf to retire to take a job with the team’s front office this summer.