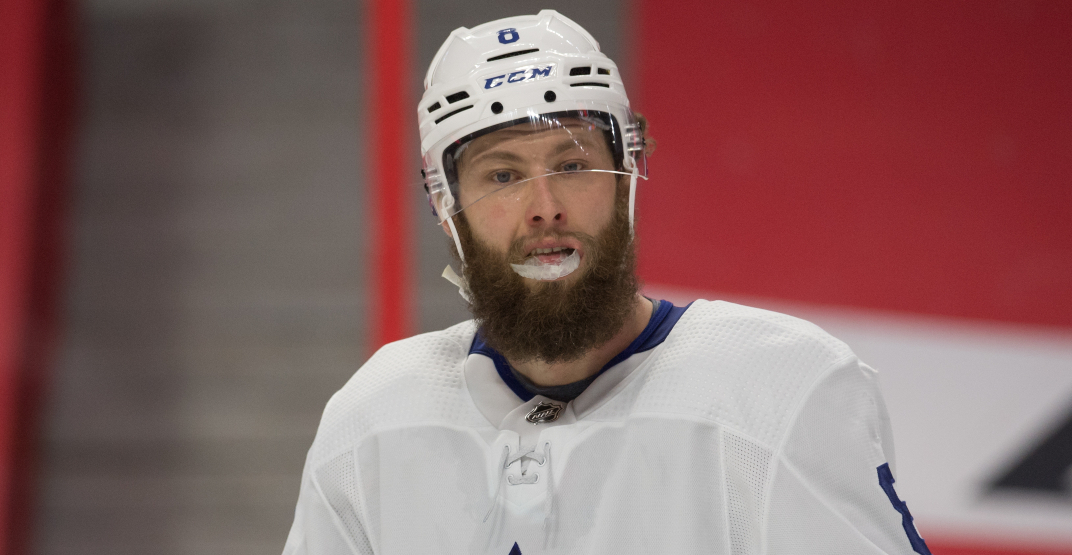 Defenceman Jake Muzzin will be out for at least three weeks with a lower-body injury, Toronto Maple Leafs head coach Sheldon Keefe announced on Monday.

“We have to press on without him,” Keefe said, adding that Rasmus Sandin will be slotting in his place for tonight’s winner take-all-game 7. The game begins at 7 pm ET and will be broadcast on Sportsnet, CBC and OMNI’s TV and internet channels.

Muzzin suffered what appeared to be a groin injury in Saturday night’s loss to the Montreal Canadiens.

Since being acquired from Los Angeles in 2019, Muzzin has been a staple of the Leafs’ defensive revival. He scored twice in Game 5’s 4-3 overtime loss.

Jake Muzzin, out for three weeks, is arguably the Leafs' most important defenceman, very reliable at both ends of the ice and consistent to boot. Huge loss. #LeafsForever pic.twitter.com/9JhT3f1F1c

If the Leafs win tonight, the earliest Muzzin could come back would likely still be in the conference finals, which will only happen if they beat the Winnipeg Jets, who await the winner of tonight’s contest.

If the Leafs lose tonight, Muzzin, well, got an early start on his summer vacation.