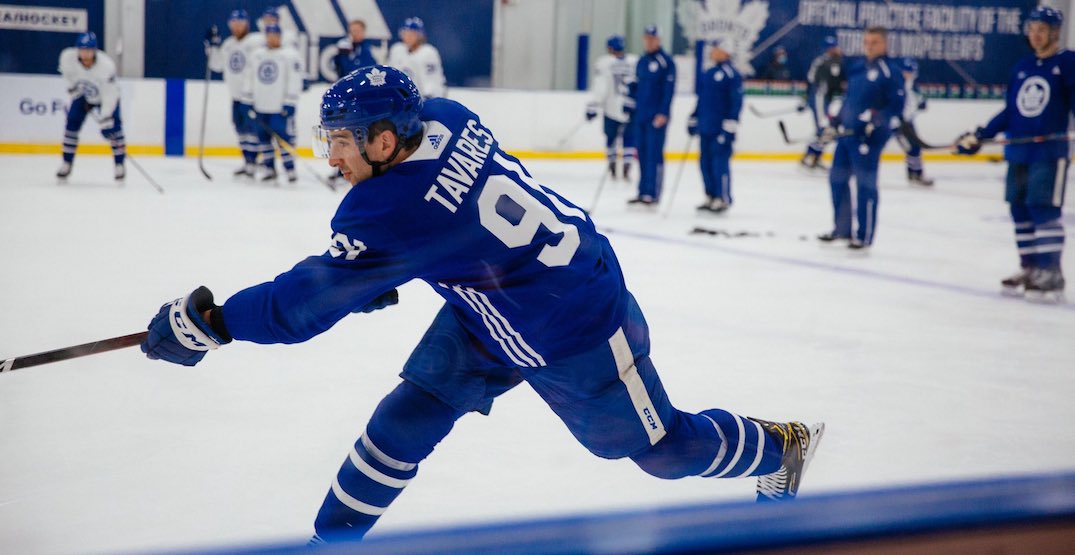 Though it doesn’t appear like he’s playing, John Tavares was a welcome sight at Leafs practice on Monday morning.

It was a little under two weeks ago when Toronto Maple Leafs captain Tavares suffered a concussion that you’ve probably heard about countless times and had the video seared into your brain for eternity.

Thankfully, it appears that he’s at least feeling good enough to return to practice, as ahead of tonight’s Game 7 against the Montreal Canadiens, as Tavares took part in the optional morning skate. He appeared in the team’s regular blue jersey, as opposed to a non-contact one and skated with the team’s extras, per TVA’s Renaud Lavoie.

It is unclear when he will be ready to return to NHL action.

It is the fourth Game 7 for the Leafs since 2013, with three losses in their three previous tries. The team is hoping to win their first playoff series since 2004.

More news on Tavares is, of course, expected to come before game time at 7 pm ET.

The game can be watched on CBC, Sportsnet, and OMNI and their respective websites. The winner of the series will advance to play the Winnipeg Jets in the second round later this week.