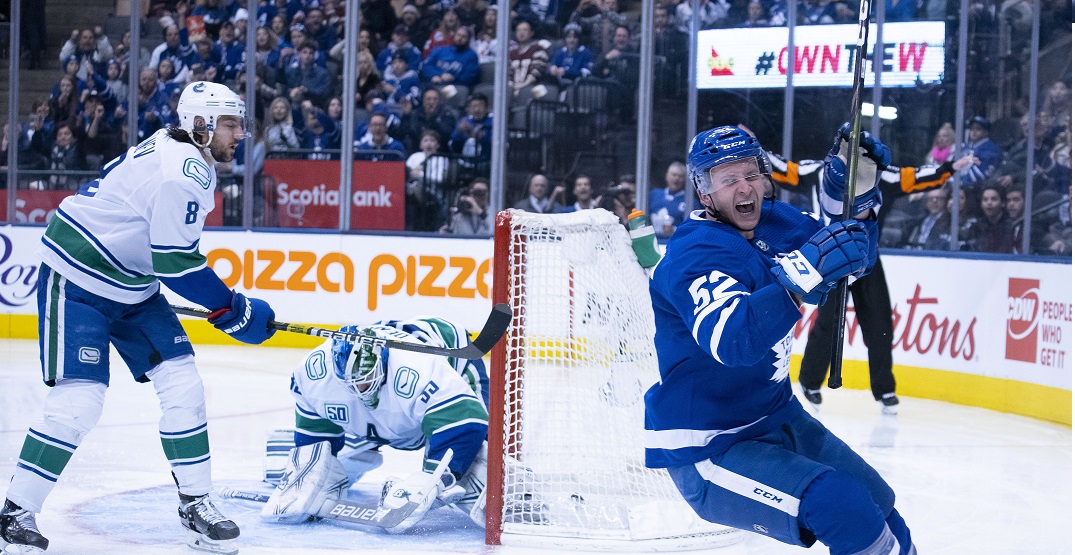 After another crushing playoff loss, everyone is wondering if a star player on the Toronto Maple Leafs will be playing somewhere else next season.

For now, it appears the first departure is a relatively minor one, with a report coming out from iSport’s Květoslav Šimek that defenceman Martin Marincin will be suiting up next season for Czech team HC Ocelari Trinec.

The rumoured move would allow the Slovakian defenceman to be much closer to his hometown of Kosice, located just under a four-hour drive away from Trinec’s home rink.

Marincin has been through quite a few highs and lows during his six years with the Leafs’ organization after being acquired from Edmonton in 2015.

The 29-year-old suited up for 142 regular season games and nine playoff contests as a Leaf while also playing 79 games for the AHL’s Marlies, including their 2018 Calder Cup winning side.

Marincin played 14 games for the Marlies this season but did not crack the Leafs’ lineup.

He’s never really played anything more than third pairing minutes in Toronto at the NHL level, having had been a healthy scratch more times than one can count.

He scored just four goals as a Leaf and never totalled more than seven points in a single season. Offensively, Marincin objectively didn’t bring much, with his main purpose being to slow the game down and reduce shot attempts on both sides while he was on the ice.

But there was also the rare moment of magic, such as this game-winning goal from February 2020 against the Canucks that was arguably the Leafs’ last great moment pre-pandemic.