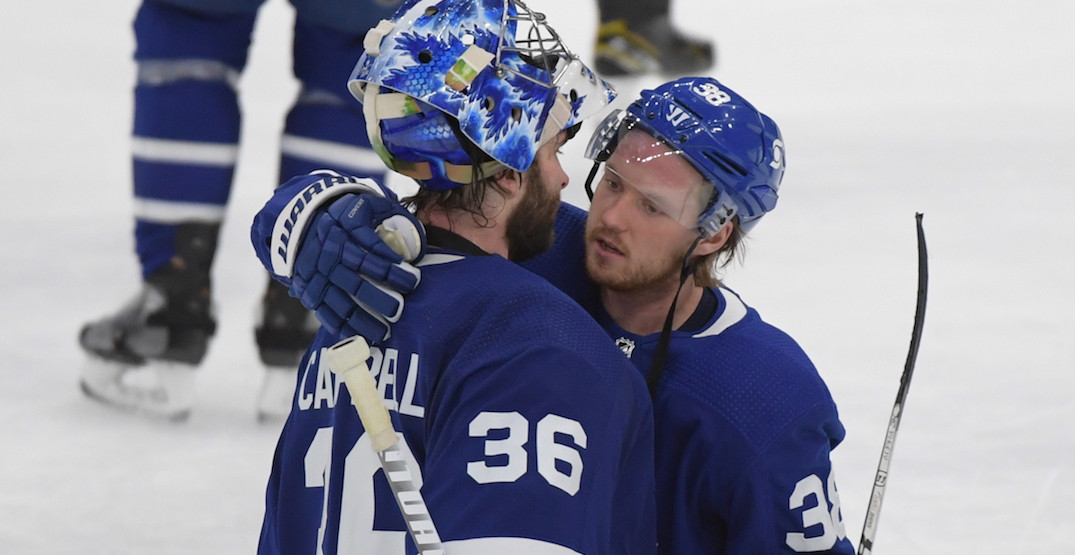 There’s a lot of blame being tossed around after the Toronto Maple Leafs’ shocking first-round exit to the Montreal Canadiens.

Not much of it has been directed at goaltender Jack Campbell, but that didn’t stop the 29-year-old from blaming himself following the Leafs’ Game 7 loss on Monday.

Campbell took the loss hard and was emotional when speaking to the media after the game.

“I just think about how hard our team battled and for it to end on the worst goal of my career happened, and it happened in Game 7,” said Campbell, who also shouldered blame for how he played in Game 5. “The team counts on me to be better, and I know I can be a lot better than that. I’m going to get back to work and be better.”

An emotional Jack Campbell after the @MapleLeafs Game 7 loss. pic.twitter.com/fdr2frILN0

While the game-winning goal by Brendan Gallagher was a soft goal, Campbell was excellent in the series. In fact, his .934 save percentage was better than the .932 save percentage of Carey Price, who has been hailed as a hero in Montreal.

Campbell said Gallagher pulled him in with a drag move, but said it should still be an “automatic save.”

“I feel bad that the guys worked so hard, and that’s what happened tonight.”