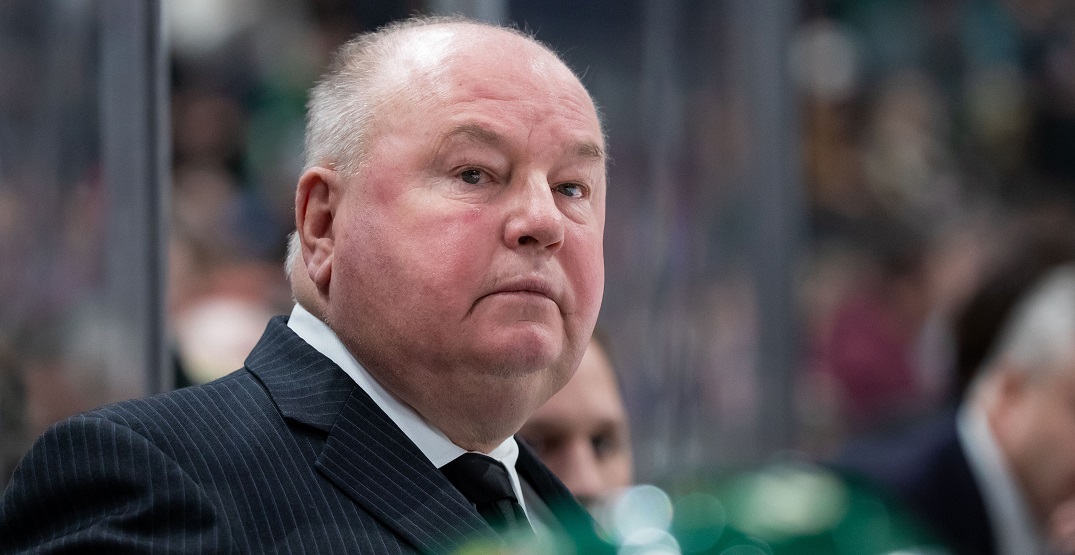 Bruce Boudreau is the latest high-profile hockey personality to comment on the struggling Toronto Maple Leafs.

Toronto has dropped four games in a row and currently sits at sixth place in the Atlantic Division two weeks into the season.

Boudreau, a Toronto native who served as the head coach for the Washington Capitals, Anaheim Ducks, and Minnesota Wild, has frequently come up in discussions for landing Toronto’s bench boss job.

“They really are almost searching for their identity right now with a bunch of new players and trying to find their way,” Boudreau said to The Fan 590 Morning show. “They are feeling the pressure because the Toronto market demands it.”

Boudreau never ended up as the coach of the Maple Leafs, though he did play 134 games for the team from 1976-82.

“I think it’s hard to put your finger on what it is,” Boudreau said of the Leafs’ struggles. “I just don’t think they’ve played the last few games with the passion that I’ve seen them play with before. But you know they care; you know they’re in a funk. And hopefully, tonight is the answer, and they can get out of it and go the other direction.”

Boudreau added that the media pressure in Toronto could be on the players’ minds.

“They’re sitting there in the room right now; man, if we lose tonight, we’re going to get crucified in the papers back home.”

Ultimately, though, Boudreau said he believes in the Leafs’ ability to turn things around.

The Leafs are set to face the Chicago Blackhawks tonight, who are 0-5-1 to begin the season. Chicago saw several executives resign yesterday (including longtime GM Stan Bowman) following the findings of an independent investigation into sexual assault allegations against a former assistant coach.