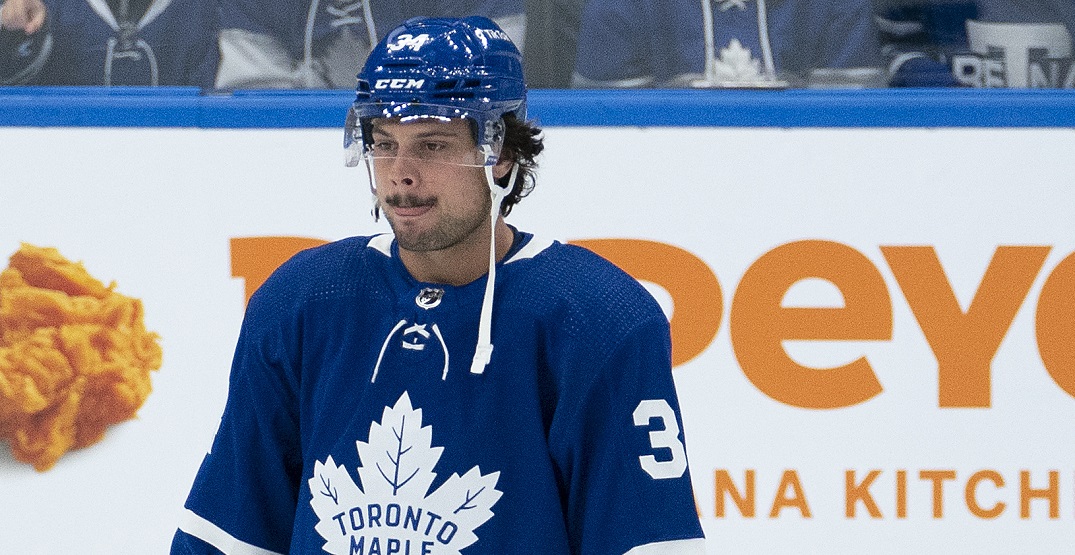 In a video put out by Movember Canada, Matthews said he’s willing to shave his moustache off for the rest of the season, but there’s a catch: he’ll need to raise $134,000 to do so.

In the video, Matthews walks viewers through the “Mo-seum”, detailing some of his famous moustache-related paraphernalia.

“I promise I will shave this off, and you will not have to see my ‘stache again,” Matthews said about what would happen if he reaches his fundraising goal. “Until next year.”

The full video is below.

“Supporting men’s health and wellness initiatives is important to me and Movember does a great job bringing awareness and funding key programs throughout the year,” said Matthews. “I am proud to partner again with Movember this month to raise funds and awareness alongside them.”

The league’s Rocket Richard winner as the NHL’s top goal scorer with 41 tallies last season, Matthews has sported the moustache regularly since the beginning of the 2019-20 NHL season. He offered the same promise in 2020, but raised about $66,000 in the process.

“For better or for worse, Auston Matthews has one of the most talked-about moustaches in hockey, so we’re thrilled to welcome him back for the Movember 2021 campaign,” says Todd Minerson, Country Director for Movember Canada.

“We’re confident fans across the country will band together this Movember and that — this year — we’ll finally be saying goodbye to that notorious lip sweater at the end of the month, and raise some amazing awareness and funds for men’s health.”