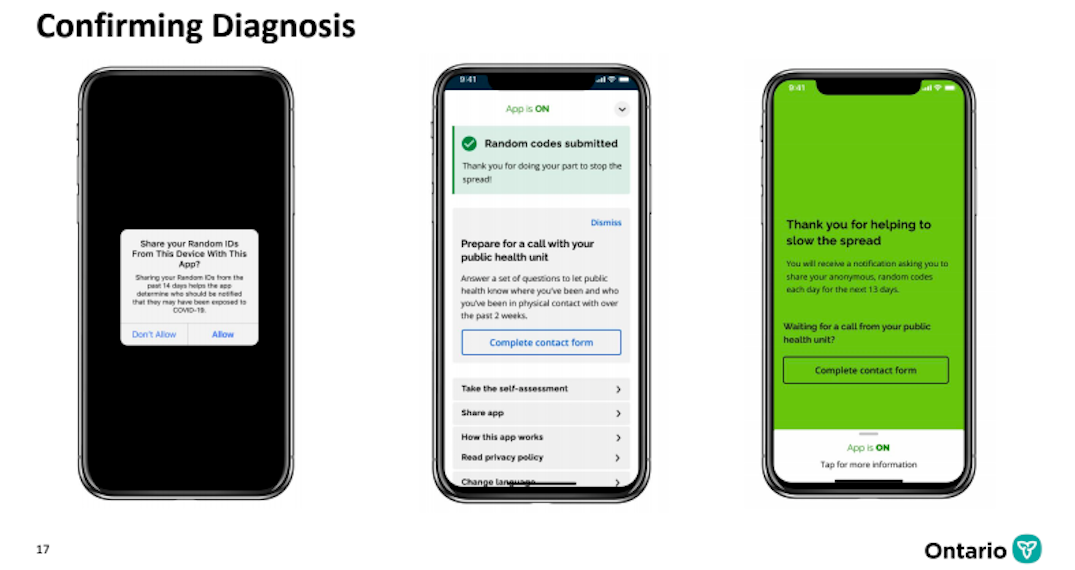 Ontario’s new COVID-19 tracing app will not be rolling out today as planned.

A spokesperson from the Ministry of Health said that the provincial government continues to work with their federal partners on the launch of COVID Alert and they expect it to launch “shortly.” A specific day was not provided.

The app will be testing in Ontario first before rolling out nationally to other provinces and territories.

The new app is part of Ontario’s enhanced case and contact management.

On June 18, Premier Doug Ford first announced the launch of the app, which uses Bluetooth, to share anonymous, randomly generated codes with other app users nearby.

If you test positive for the virus, you can anonymously notify others who have been near you in the last 14 days. And if you have been in contact with anyone who tested positive, you will also be notified.

According to the province, the app collects no personal data or personal health information and does not collect or track GPS location data.

It also “destroys” all anonymized data on the app after 14 days.

The app can be used by Android devices and iPhones, and can interact with other similar apps from outside Ontario.