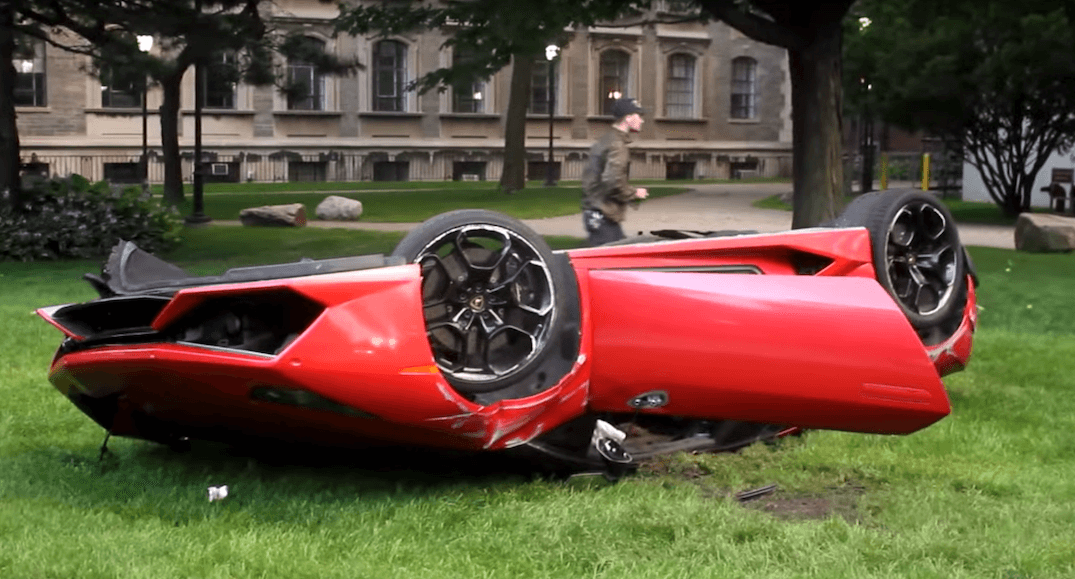 No injuries were reported following a dramatic accident on Saturday that resulted in a Lamborghini flipped over near Queen’s Park.

According to Toronto police, the car collided with a pick up truck and both vehicles suffered extensive damage.

A video posted on social media identifies the red Lamborghini as a Huracan.

The Lamborghini Huracan is the luxury brand’s “entry-level” super-sports car, and retail costs start at $320,000.