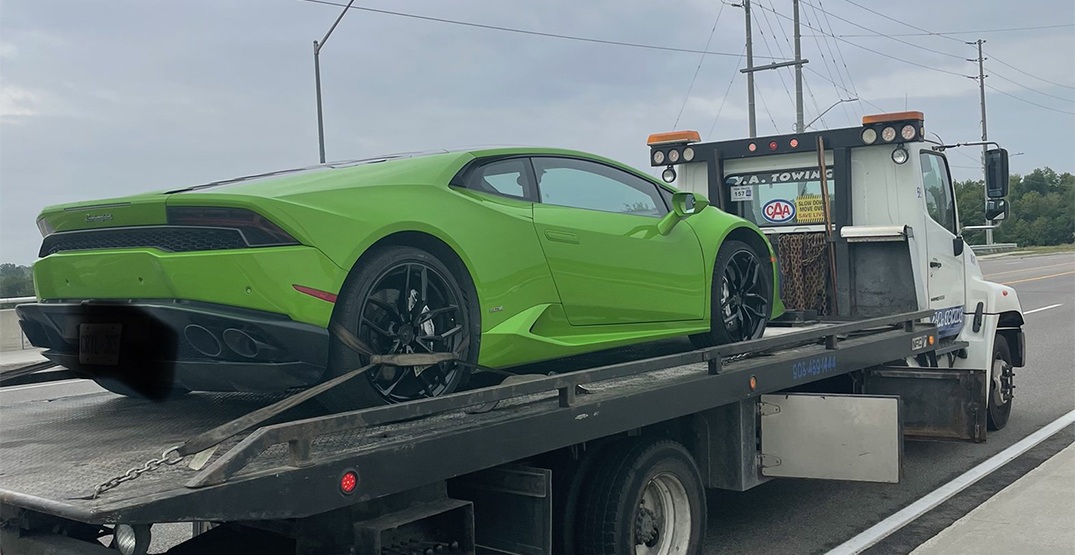 A London, Ontario, man will face a larger bill than he bargained for after getting his rental Lamborghini was impounded because he was speeding.

Peel police caught the 28-year-old going 122 kilometres per hour in a 60 kilometre per hour zone, and impounded the vehicle for two weeks — during which time the man will have to continue paying the rental fee.

The force shared a photo Tuesday of the lime green sports car getting mounted on a tow truck and taken away, along with a shot of the radar gun showing the excessive speed.

Cst. Crouse observed this rented Lamborghini being tested out in a Brampton 60km/h zone. Due to the 14 day impoundment fee this rental will now cost this 28 yr/old London Resident $18,000 once it is returned to the rental company. #DriveSmart #Payless #TakeThePledge. pic.twitter.com/7YoMMsmBmS

Previously that charge was only available when drivers were going 50 kilometres per hour above the limit.