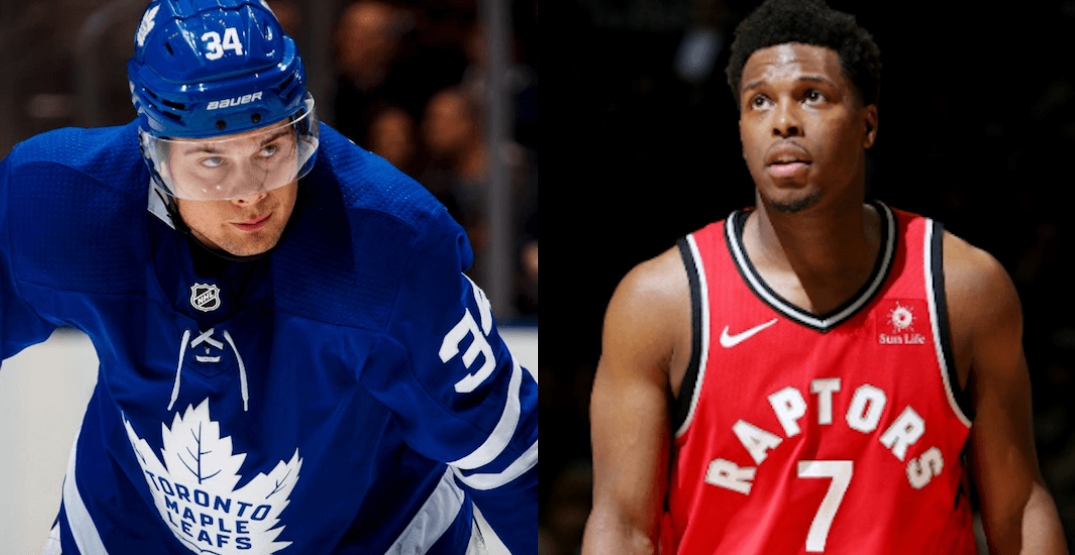 Two of Toronto’s biggest sports stars have spoken out against racism, joining a growing number of athletes who are participating in the conversation since the killing of George Floyd.

Toronto Raptors All-Star Kyle Lowry took to Instagram this weekend to acknowledge the danger of “being black in America,” openly wondering how he will explain it to his two children.

“How can I explain to my 4 year old and 8 year old that being black in America comes with a chance you can be harmed, or killed just because of the colour of your skin, the texture of your hair, the way you walk, anything they might want to say that makes you black,” said Lowry.

“It’s sad because I can’t explain it. I will protect them until the day I die the best I can but it’s going to be a time when I’m there to take the fall for them so I’m trying to find a way to say just survive!!!! #blacklives matter”

“As a Latino American it is impossible for me to understand and fathom what others endure,” said Matthews.

“My thoughts and prayers go out to all those who have lost loved ones and who have endured pain and suffering due to hateful racist attitudes and beliefs.

“The world must unite not divide. We need to stand together in support of justice, love and peace for all. We need change.”

All of Toronto’s major pro teams, including the Leafs, Raptors, Blue Jays, Argonauts, and Toronto FC, have all released official statements condemning racism.

Statement From The Toronto Raptors: pic.twitter.com/almbXwi005

Statement From The Toronto Argonauts: pic.twitter.com/TnilxohMSa

More players are beginning to speak out too, including Leafs defenceman Morgan Rielly, who said: “We all have a responsibility to act; to listen, to learn, to speak up but most importantly to never accept anything less than equality, justice, anti-racism and love.”

It’s hard to articulate my feelings right now. That said, what’s happening is wrong. We all have a responsibility to act; to listen, to learn, to speak up but most importantly to never accept anything less than equality, justice, anti-racism and love.

In an interview with TSN, Raptors guard Fred VanVleet said: “We’ve seen this movie before, and I think people are tired. People are tired of the racism, and tired of discrimination and abuse… I think it’s time for a change.”

“I don’t have all the answers.

But the first step is admitting that there is a real problem.”

Raptors GM Masai Ujiri perhaps said it best in an article he wrote for the Globe and Mail.

“We all came into this world the same way – as humans,” said Ujiri. “No one is born to be racist and none of us sees colour at first. I believe there are far more good people than bad people, but sometimes the good must do more than simply be good. They must overwhelm the bad.”