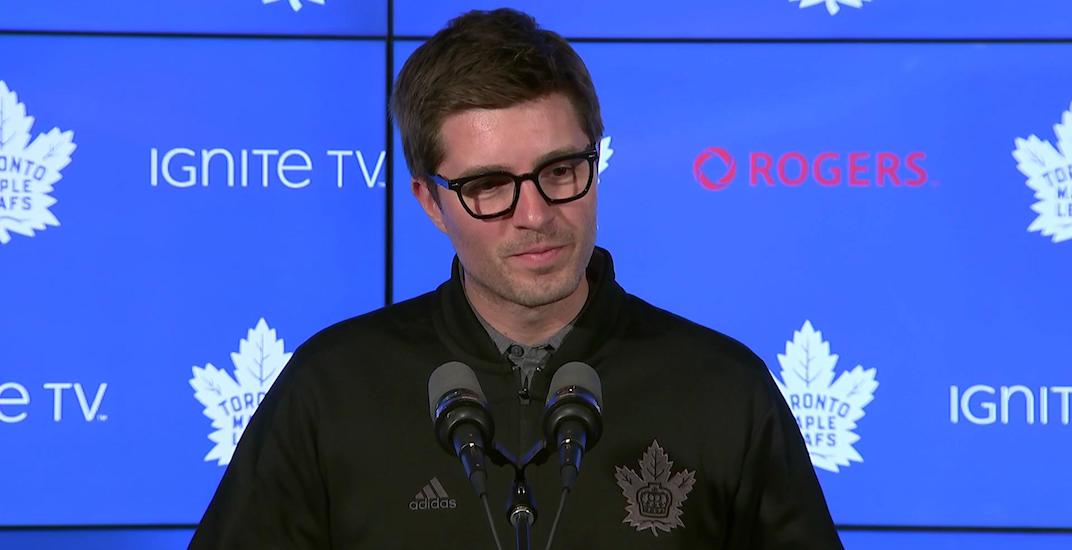 Thankfully, the only shots that Kyle Dubas and the Toronto Maple Leafs and have to worry about this upcoming season are the ones on net.

In an interview with Bob McCown and John Shannon on an episode of The Bob McCown Podcast released on Thursday, Maple Leafs GM Dubas said that NHL protocols relating to players and staff unvaccinated against COVID-19 will not be on his mind once the NHL season begins.

“It’ll have zero effect on our team. Between players and staff, we will be 100% vaccinated,” Dubas said on the podcast. “We’re good to go. [The protocols for unvaccinated players] will have no impact on us.”

Teams have the ability to suspend players or staff who miss games or practices due to COVID-19 cases while unvaccinated, and those individuals must be tested subjected to daily testing.

Dubas added that the team’s looking for Mitch Marner to bounce back from a tough playoff run. Marner did not score once in the team’s seven-game series against Montreal while adding four assists.

“I think with him, it’s just a matter of knowing why we value him and we value him for everything,” Dubas said. “Who he is as a person and everything that he does… [Marner] contributes to our team in all facets of the game. I think the production and the offensive side comes naturally to him and it will come naturally in the playoffs overtime here as we go through it.”

Dubas also discussed the team’s goaltending situation for this upcoming year in the interview.

“We’re hopeful that the two of these guys can work together and be a really great tandem in the league,” Dubas said of goaltenders Jack Campbell and Petr Mrazek.

The Leafs kick off their 2021-22 season starting with a prospect camp this weekend, running from today through Monday at Toronto’s Ford Performance Centre.

Meanwhile, the Leafs’ regular season home opener is set for October 13 against the Montreal Canadiens.