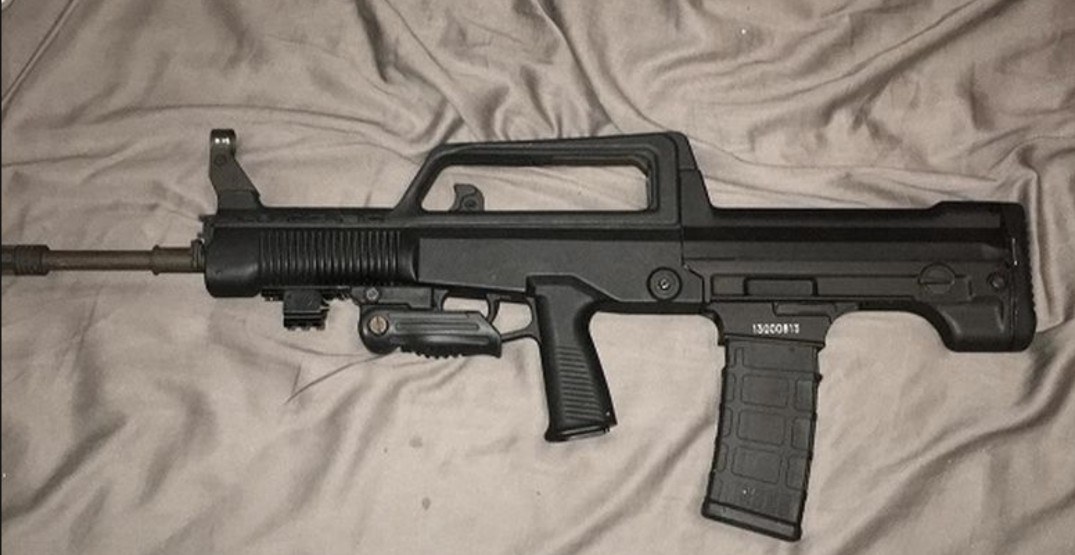 Two Kitchener men have been arrested after shooting a parked car several times at a Toronto townhouse complex.

According to police, the incident took place on Wednesday,  September 19, 2018, at 5:40 am. Two men drove to the Jane Street and Steeles Avenue West area and allegedly fired several shots at a parked vehicle. The men then fled the scene.

Toronto police and Waterloo Regional Police Service worked on the case and located the two suspects separately at different residents.

22-year old, Tyler Hewitt-Debrusk of Kitchener, has been charged with discharging a firearm into a place/reckless to others, possessing a loaded regulated firearm, occupying a motor vehicle with a firearm, and possession of a restricted firearm without holding a licence and registration certificate.

During the search, police also seized the following items: